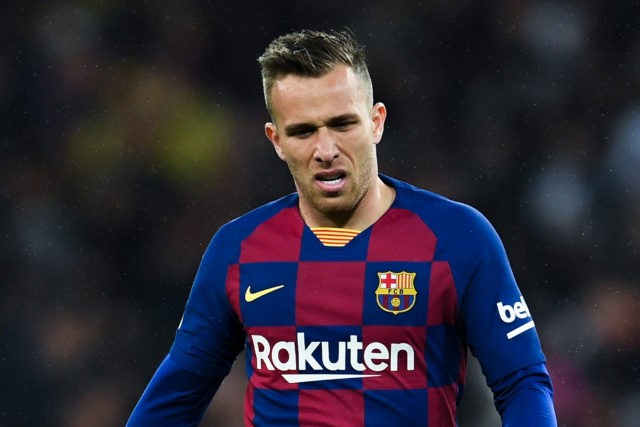 Spanish football expert and a highly respected journalist Guillem Balague has claimed that Tottenham Hotspur are not interested in signing Arthur Melo from Barcelona.

Balague also claims that the Catalan giants are also keen to keep him at the club. However, the situation could change in the summer.

Last week, Mundo Deportivo claimed that Spurs want to sign Arthur in the summer. The 23-year-old midfielder would cost at least €60million (£52.5million) to sign, although Barcelona do not have any plans to sell him.

Balague has said in his Youtube channel that it is not true that Spurs want to sign him.

However, Inter Milan are interested in him, as they want Arthur to be a part of the deal for Lautaro Martinez.

Barcelona have already agreed personal terms with Martinez, but they haven’t agreed a deal with Inter as of yet. The Serie A club are ready to negotiate for Martinez. The player wants to be at Nou Camp as well, but Barcelona cannot afford to pay the money for him.

Arthur doesn’t want to leave Barcelona. Spurs have offered Tanguy Ndombele to Barca but the club doesn’t want him. However, the north London club are not interested in signing Arthur.

Given the fee involved to sign him, there’s no way Spurs could pull off a deal for him. Spurs are looking to sign a right-back, and want Semedo from Barcelona.

“It’s not true that Spurs want him. It’s been put out there, but it’s not true,” said Balague on his Youtube channel.

“The idea is not to sell Arthur. Arthur doesn’t want to leave Barcelona. This week the message from Barcelona is Arthur is not for sale. Arthur is not wanted by Spurs.”