July 2014, Editor’s note: This was written 7 years ago and while I stand by what I said then, it’s only fair to say that not only has Daniel Taylor become a much better writer since then (in my view), he’s also one of the writers I really respect. Perhaps it was the passage of time, or reading his books on Ferguson, or maybe it was something else (I’ve never spoken to him directly) – but he’s a good journalist and someone I enjoy reading now.

In the past I’ve been quite critical of journalists and bloggers but I’ve come to realise that everyone needs to make a living, and just because I disagree with someone’s opinion doesn’t necessarily mean that they’re talking crap.

What I still can’t stand though, is complete fabrication. That is, pulling stuff from so far up your ass that you have to first shove your own head up your ass to look for it.

My blogger friends tell me pictures say a thousand words, so I’ll let the picture up top explain this practice (if you’re reading this in your feed reader, the picture is also at the bottom of this page. You’re welcome.).

Some of our Soccerlens readers will remember that I’ve taken issue with the Guardian many times over their reporting – it started with an article from Rob Smyth on Manchester United’s ‘failings’ before the start of last season (which lead to a frank email conversation and an amicable acquaintance – he’s a Manchester United fan after all) and continued deep into this past summer when Guardian bloggers (Daniel Taylor topping the list) ran NewsNow and their readers ragged with fabricated rumours. For me there’s a limit to what you can claim as truth – citing unverified rumours is one thing, pushing them as the truth is quite another (and creating stuff up is just … you know … stupid).

Today, Daniel Taylor wrote an article titled: “Ferguson fears £17m recruit is a year off pace“. He’s talking about Manchester United’s new signing, Anderson, and has this to say in the second paragraph:

Sir Alex Ferguson had angry words with the entire team after Wednesday’s Carling Cup defeat at home to Coventry City, but he was particularly aggrieved about Anderson’s ineffectual display and is concerned at how the new arrival is struggling to make a favourable impression.

Later on in the article we learn that Ferguson has said no such thing – rather, Daniel Taylor believes he must have said it, because he thinks that because Anderson didn’t score, he didn’t play well. And because he’s Daniel Taylor, Fergie must think the same thing. Duh…

“Ferguson is entitled to be dismayed that his expensive recruit has been unable to make a positive impact in his first four months at Old Trafford.”

Usually, I’d let such bollocks pass – I’ve seen too much of this from Daniel Taylor and the Guardian to be bothered anymore – but today’s piece stuck with me, because at the time of reading, the Guardian article was #2 on the on Top Stories list in the general Football News category for NewsNow. The #3 article? A Sky Sports piece detailing an interview with Sir Alex Ferguson talking about his young Manchester United stars. Let’s see what he has to say about…Anderson, shall we?

“Pique was excellent on Wednesday. He was our best player along with Anderson. We’ll probably keep Simpson as he can play both full-back positions.

But I’m maybe looking at the rest going on loan as they need to play football.”

Words cannot describe the amusement I felt when reading these two articles, one after the other. For someone who writes as much about Manchester United, and especially someone who’s paid a lot of money by the Guardian to give his expert views on football, surely you could be relied upon to base your words on some sort of truth? I mean…come on!

There are only two possible explanations at this point. One, Daniel Taylor is a psychic with an inside track to what Sir Alex thinks, and therefore Fergie is lying. Two, Daniel Taylor pulled this one out of his ass and has shamed his ancestors (Guardian are shameless, I’m sure they don’t mind this one too much, if at all).

You be the judge of which one is the right explanation. From my end, I’ll just show the photo again: 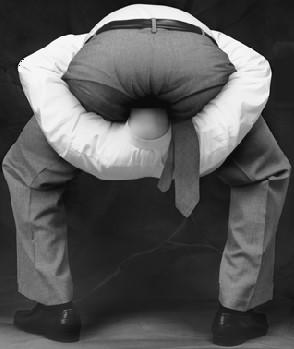