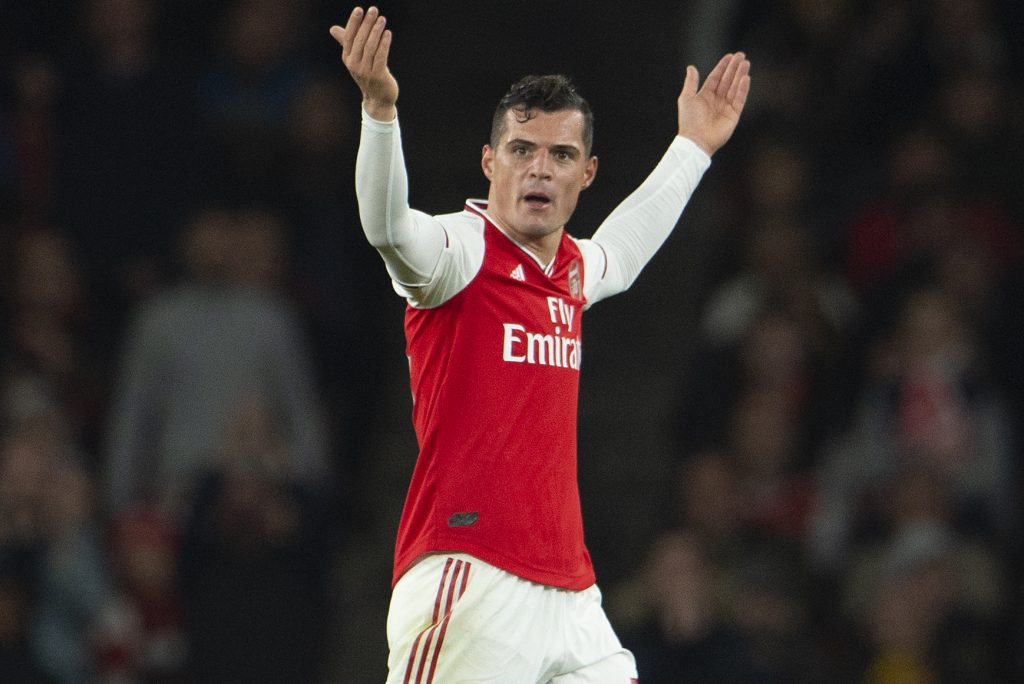 Granit Xhaka irked the wrath of Arsenal fans in their 2-2 draw against Crystal Palace on Sunday when he showed utter disgust when walking away after being substituted around the hour mark.

The Arsenal captain cupped his hands into his ears, threw his armband to the ground and walked straight down the tunnel after looking clearly disgruntled after the fans cheered his substitution and booed him afterwards.

Unai Emery demanded an apology from him to the fans for his actions after the game and after some trying days- in which the Gunners pondered on offering counselling to Xhaka for dealing with the backlash-, the Arsenal captain has finally issued a statement.

In a statement through the club’s account, Xhaka reiterated his love for the club and explained his emotions after being subbed.

He said, “The scenes that took place around my substitution have moved me deeply. I love this club and will always give 100 per cent on and off the pitch.”

The Switzerland International further exclaimed how he’s been tormented with shocking personal attacks and abuses from fans threatening him and his family.

Xhaka explained, “My feeling of not being understood by fans, and repeated abusive comments at matches and in social media over the last weeks and months have hurt me deeply.:”

“People have said things like “we will break your legs”, ‘kill your wife’ and ‘wish that your daughter gets cancer.’’, he added.

The 27-year-old went onto explain how these led to him reaching to his boiling point and giving that kind of a reaction on Sunday.

He further added, “That has stirred me up and I reached boiling point when I felt the rejection in the stadium on Sunday.”

“In this situation, I let myself be carried away and reacted in a way that disrespected the group of fans that supports our club, our team and myself with positive energy. That is not my intention and I’m sorry if that’s what people thought.”, the Swiss international explained.

Finally, he made a bid to maintain peace with the fans and stated how they should move forward together in order to usher back positively in the club.

Xhaka stated, “My wish is that we get back to a place of mutual respect, remembering why we fell in love with this game in the first place. Let’s move forward positively together.”

The Switzerland midfielder didn’t feature as Arsenal were knocked out of the Carabao Cup on Wednesday following a frantic game at Anfield against Liverpool.

Unai Emery’s side will look to get back to winning ways when they host Wolverhampton Wanderers at the weekend, but whether or not Xhaka will lead his side that day remains a mystery.