Arsenal keeper Wojciech Szczesny may find that his red card against Bayern Munich was only the start of his problems, after the Polish international was caught making a rude hand gesture as he made his way off the pitch during Arsenal’s 2-0 defeat at the Emirates. 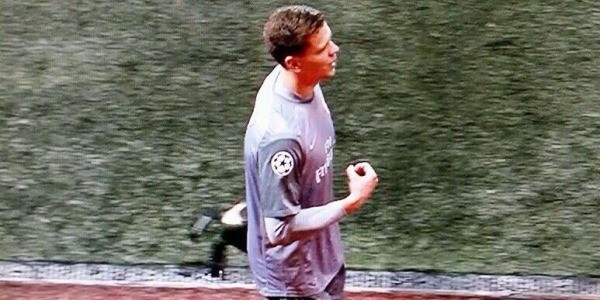 The 23-year-old had just received his marching orders for bringing down Bayern winger Arjen Robben when he made the above remark.

Governing body UEFA could decide to take retrospective action, rubbing further salt into the wound for Szczesny, who will miss the second leg in the Allianz Arena regardless.

It was Arsenal’s 100th red card under Arsene Wenger, and it was one of the most disastrous for the Gunners, with current champions Bayern now sitting pretty on a two goal lead ahead of the second leg in Germany.

What do you think? Will Szczesny receive further punishment for his gesture? Let me know in the comments below…