The two defeated, deflated semi-final losers will have to rejig themselves and climb back into the saddle for one last swansong, as the World Cup’s final running order is still in need of settling – although you can bet your bottom Rand that it is a game that neither side will be looking forward to at the moment, after seeing their dreams dashed despite coming within spitting distance of the final.

Uruguay saw their (and South America’s) participation abruptly brought to an end by the Netherlands in the first of the semi-final ties.

Oscar Tabarez‘s men faced a weight of local hostility due to the manner in which they had previously eliminated both the hosts South Africa and the last African representatives Ghana from the tournament, however La Celeste produced a nerveless – but sadly uninspired – performance against Bert Van Marwijk‘s overtly superior Dutch side.

After a sensational (fairly) early strike from Giovanni Van Bronckhorst put the Netherlands in front after 18 minutes, many-a-lesser side would have wilted in the pressure-cooker atmosphere inside the Cape Town Stadium, but Uruguay rallied and restored parity just before the break through Diego Forlan‘s swerving 25-yard effort.

However, the Oranje effectively put paid to their hopes of reaching their first final since 1970 – when two goals in three second-half minutes (from Wesley Sneijder and Arjen Robben respectively) left the South American’s with a mountain to climb.

Uruguay managed a 92nd minute consolation through Maxi Pereira but, despite a brief onslaught of long balls lofted into the Dutch penalty area, they were ultimately left to forlornly reflect on what might have been as the final whistle sounded. 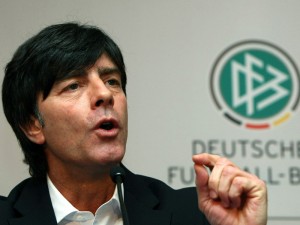 Joachim Loew‘s ebullient young German side were being backed as candidates to make the final as far back as the group stages, after some sparkling displays of swift counter-attacking football saw them comprehensively see off the threats of Australia and Ghana – and then latterly England and (pre-tournament favourites) Argentina in the first two knock-out rounds.

With the entire country in a buoyant mood after watching their jungs progress through to the last four so effortlessly, the Germans definitely had an air of quiet confidence about them coming into their semi-final with Spain.

However that confidence was quickly nipped in the bud, as Die Mannshaft soon realised that Vicente Del Bosque‘s side weren’t about to let them play with the same freedom that they had been gifted throughout the tournament thus far.

Sami Khedira and Bastian Schweinsteiger, who had both operated so fluently together in the German’s midfield engine room in earlier rounds, were made to look like snapping attack-dogs on short tethers by the Spaniard’s quick, often self-indulgent passing.

For all of La Furia Roja‘s patient approach work, it looked again that they were destined to fall short of capping their flourishes with a decisive goal – that was until the 73rd minute, when Carles Puyol broke the fairly one-sided deadlock by powering Xavi‘s corner past German ‘keeper Manuel Neuer and into the back of the net with a fully-committed bullet header. 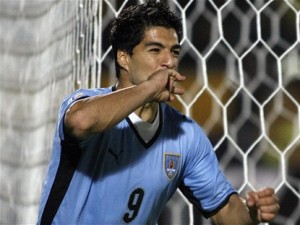 Handball hero/villain (depending on your nationality) Luis Suarez will return to the Uruguayan fold after serving the one-match suspension he infamously incurred in the quarter-finals, although whether or not he will be able to rekindle his partnership with Diego Forlan remains to be seen.

Forlan is struggling with a thigh-strain and has already admitted that fatigue hampered his performance against the Netherlands in the semi-finals.

Should the in-form striker be rested (which is unlikely, considering he’s still in the hunt for the Golden Boot) then Suarez will be partnered up front by either Edinson Cavani or veteran Botafogo target man Sebastian Abreu, who may be given a consolatory run-out.

Coach Oscar Tabarez will also have to wait to see if his first-choice centre-back Diego Lugano‘s knee injury clears up in time for him to start the game, although the Fenerbache defender was fit enough to take a place on the bench against the Dutch.

Lugano’s defensive partner Jorge Fucile will also return to his full-back slot after the one-match ban handed to him for picking up two yellow cards.

One of Germany’s brightest stars of the World Cup, Thomas Muller, will be restored to the starting XI after being forced to sit out the semi-final due to suspension – meaning that winger Petr Trochowski will again drop to the bench.

A strong tackle left defensive midfielder Sami Khedira unable to move freely and the Stuttgart man was replaced with 10 minutes remaining of the Spain game, meaning that Toni Kroos or Marko Marin may replace him – thus pushing Bastian Schweinsteiger into a deeper role with Mesut Ozil moving into a more central position.

There are also question marks over the fitness of left-back Jerome Boateng who was taken off early for the second game running. Should Boateng be ruled out then Marcell Jansen may be brought in as a direct replacement. 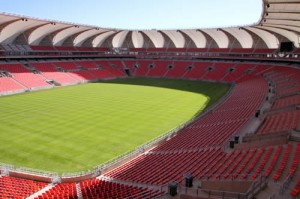 The third-place play-off is a match where the two teams traditionally tend to perform a little less enthusiastically, after both suffering the heartache of a semi-final loss.

That said, both coaches may decide to throw caution to the wind now that the main event is over and risk a ‘bronze’ finish by giving eager fringe players the chance to grab a moment of glory at a World Cup finals – and the fresh impetus provided could serve to make this fixture unpredictable.

Non-the-less, Germany have looked by far the more convincing footballing outfit throughout the tournament and I would wager that they will be looking to turn on the style one last time – with a World Cup record fourth four-goal finish not entirely unthinkable.

Germany are comfortably poised at 7/10 to maintain their third place at the World Cup. Uruguay has managed to unsettle Netherlands in their semifinal game but from what we have seen, if you attack Germany, they will tear you apart. Fabio and Diego will second that. Click here to bet on this and other World Cup games.

You can watch Germany take on Uruguay live online as well as all other World Cup matches, plus hundreds of football games from around the world. Read our live World Cup football page for more details.