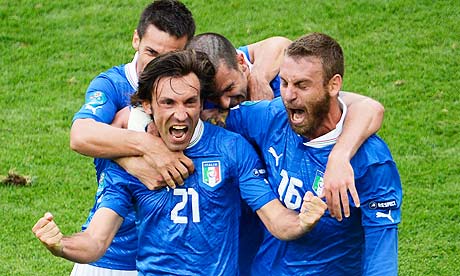 After watching Spain slug it out with Portugal to make the Euro 2012 final, Germany and Italy go head-to-head on Thursday evening for a shot at glory. Joachim Low’s men certainly go into the second semi-final as the form team and the favourites, however the Azzurri have a doggedness and unpredictability about them that should not be written off.

Germany have been ominous from the first game of the tournament, with experienced campaigners and talented youngsters combining to form a well-oiled XI with a dearth of able deputies in all positions. Low has installed a mental toughness in his side to compliment their footballing ability, with the Germans clinical and unrelenting so far in steamrollering their way to this stage. 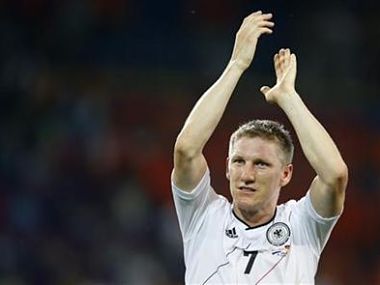 The ‘group of death’ was no obstacle in the German team’s quest for glory, as Portugal, Netherlands and Denmark were beaten with minimum fuss. Against Greece in the quarter-finals Low surprisingly decided to switch his attacking trio of Mario Gomez, Lukas Podolski and Thomas Muller for deputies Miroslav Klose, Andre Schurrle and Marco Reus, with a 4-2 victory testament to the quality of the squad’s depth and ability.

Despite a star-studded squad, the importance of midfield general Bastian Schweinsteiger can not be overstated, as the Bayern Munich man orchestrates the pace of the game for the Germans and adds confidence and an air of superiority to the team. Schweinsteiger is carrying a niggling injury, but should play; the Italian midfield will need to get in his face and prevent him from bossing the game to stand a chance.

Similar to Germany, Italy seem to click into gear when international tournaments roll around, and the Azzurri have put poor preparation and a betting scandal in the country behind them to compete well so far in Ukraine and Poland. Cesare Prandelli’s men have the stereotypical no-nonsense rearguard of teams of old, but have showed attacking intent on occasion to suggest that they could be worthy finalists.

Prandelli’s men started with a plucky 1-1 draw against Spain, before recording the same result against Croatia; a win over Republic of Ireland saw them qualify as Group C runners-up. In a largely one-sided encounter with England in the quarter-finals, the Azzurri dominated the game but could not get a goal in 120 minutes, but justifiably prevailed on penalty kicks.

Much has been made of the influence of Andrea Pirlo this summer, and the veteran has firmly confirmed his place amongst the best deep-lying midfielders in the world game. Giorgio Chiellini is on the verge of returning to fitness, and the Juventus man’s inclusion would be a huge boost for the Azzurri. Finally, Mario Balotelli was wasteful in front of goal against England; if Italy are to beat Germany the temperamental forward, Antonio Cassano and/or Antonio Di Natale must take their chances.

Anything other than German progression would be a shock, but Italy will provide stubborn opponents who will not go quietly into the night. The Azzurri will have to soak-up a fair amount of pressure, but if they can avoid conceding in the first-half this could go right down to the wire.