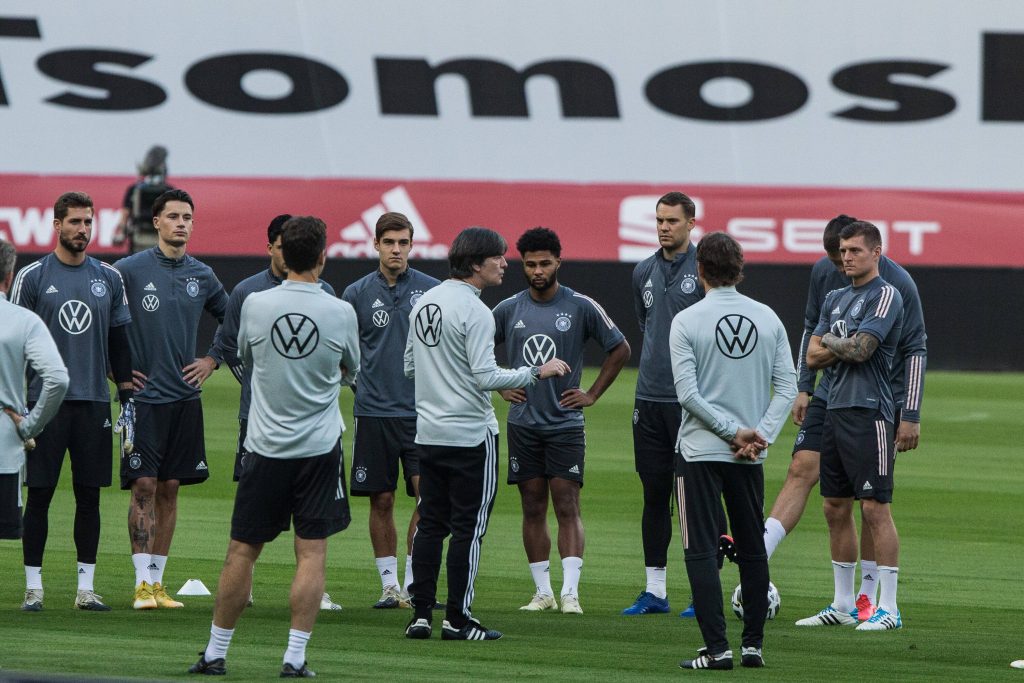 Germany’s Euro 2020 squad was announced recently, with stars Thomas Muller and Mats Hummels recalled to the national team for the first time since the 2018 World Cup by manager Joachim Low.

The Bayern Munich forward and Borussia Dortmund centre-back were omitted by Joachim Low in March 2019, with the outgoing Die Mannschaft boss admitting that it was time to rejuvenate the squad.

However, a string of underwhelming results has forced the veterans’ reintegration into the squad as Low looks to wave goodbye to the national team with a trophy.

Apart from Leno, the Premier League will have five more stars representing Germany in the upcoming Euros.

Bayern prodigy Jamal Musiala has also made the grade following his first international call-up back in March.

The 18-year-old decided to play for Germany in late February despite coming through the ranks in England’s youth selections.

In addition to Muller and Musiala, Niklas Sule, Joshua Kimmich, Leon Goretzka and Serge Gnabry will be Bayern representatives for Germany in the long-awaited tournament.

The most notable absence concerns Marco Reus, who ruled himself out of the national team to improve his fitness level for next season’s campaign with Borussia Dortmund.

Thomas Muller, who was a star for Germany in his World Cup debut back in 2010, is still waiting for his first goal at the Euro finals.

The 31-year-old forward failed to leave a mark in his previous two European Championships as Germany bowed out in the semi-finals on each occasion.

However, the Bayern Munich stalwart has made his presence felt whenever on the field and is expected to pull the strings for Die Mannschaft in the upcoming tournament.

Low’s decision to bring him back to the squad following a two-year absence probably best describes Muller’s importance to Germany in this kind of competition.

Seeking their first Euro triumph since 1996, Germany will hope to improve on their semi-final exit to Les Bleus in 2016.

Although England and France are justifiable favourites, Germany are predicted to make it to the Euro 2020 semi-finals.

Whether they win the Euros or lose trying, this will be the last national team campaign for the manager, and perhaps some of the players as well.