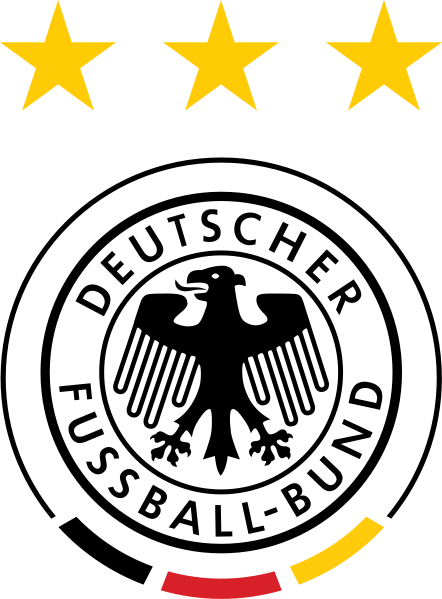 Germany has the most decorated national team in the history of the UEFA European Championship.

With three titles and three runners-up medals, Die Mannschaf is once again expected to be a force to be reckoned with.

However, they have not won a trophy since the European Championships in 1996 but many in the country believe Euro 2012 represents their best chance of doing so.

They will start the tournament in Group B where three heavily anticipated matchups with some of the world strongest teams await them.

However, despite all of these believed hurdles, Germany have the potential to record a fourth European title.

Although any team can win on any given day, in the long run numbers do not lie.

Germany had the best differential out of their three opponents. With 34 goals scored and only seven allowed their 27 differential certainly proves both their offensive and defensive power in one number.

The nation’s 34 goals scored were only outpaced by fellow Group B nation the Netherlands, with 37 goals scored.

Only seven goals were allowed against the team, and the only other Group B nation with a better total was Denmark, who only allowed in six but scored just 15 for themselves.

Portugal was middle-of-the-road in both categories, with 14 goals against and 27 for.

The Germans have the best overall statistical total going into the summer competition.

Germany has one of the most veteran cores of players in the prime of their careers in the game.

Mario Gomez, Lukas Podolski, Bastian Schweinsteiger, Per Mertesacker, Manuel Neuer and national team captain Phillip Lahm are all between the age of 26 and 28 while combining for 425 appearances between the six of them.

These players were the youngsters at Euro 2008, but now another four years and a World Cup of experience later they all have the right amount of youth still left along with their time served to make them very important to the success of the nation this summer. Youngsters Have Something to Prove

Not only do the German’s have a solid core of prime aged professionals, the nation also boasts some of the best up and coming talent between the ages of 19 and 23.

Borussia Dortmund’s Mario Götze, at only 19, is likely to be one of those that step into the spotlight and shine for their nation at the Euros.

Other young players that will look to begin a long tenure with the national team are Bayern Munich 22 year olds Toni Kroos and Thomas Müller.

Mesut Ozil at 23 is still looking to make an even bigger impact. The former Werder Bremen youngster starred at the last World Cup before linking up with Real Madrid after the tournament. Under Jose Mourinho Ozil has developed his game further and is now considered one of the best playmakers in the world. Ozil can dribble, play deft defense-splitting passes and scores his fair share of goals.

Mats Hummels and Holger Badstuber are the next generation of central defenders for their nation and are set to be a major part of this summer’s back line. Podolski and Schweinsteiger in Their Prime

Lukas Podolski and Bastian Schweinsteiger will be hugely important to their nation once again.

There is no hiding their ability or their importance to the national side, as the two already have 95 (Podolski) and 90 (Schweinsteiger) appearances at the ages of 27 and 26.

As they enter the prime years of their career they have still years of service left at the top of their game and the German national team will see much more from the two of them.

The two have combined for 66 goals—43 for Podolski and 23 by Schweinsteiger.

Schweinsteiger also has 30 assists to add to his goals, while Podolski has nine.

This has been the best season of Podolski’s career from the club stand point which he will hopefully carry over into the summer.

Although he has had a recent injury, Schweinsteiger should be back to full fitness well within time to be at the top level for his nation.

Low has proved that he is not afraid to make ruthless decisions. In 2010 he told Torsten Frings that he would not be going to the World Cup despite being a fixture in the team at the previous World Cup, while last year he phased out Michael Ballack.

Low guided Germany to the final of Euro 2008 and the semi-finals of the last World Cup where they were beaten by Spain. He has lost just five competitive matches in charge of the national team. Fan Support is Close at Hand

UEFA European Championship co-hosting nation Poland is one of Germany’s next door neighbours.

Once again, Germany are in the same situation with an ease of fan travel just as with the 2008 Euros in Austria and Switzerland.

If you think the fan support in Austria and Switzerland was strong four years ago, you can be sure it will be just as great or better this summer with Germany’s hopes higher than ever.

With three of the hardest games in the opening round—against Portugal, the Netherlands and Denmark—the German national team will need all the support they can get.

With 63 goals from 114 appearances Klose has taken more game to reach his total, but that time served only looks to prove his worth over time.

This summer’s European Championship is likely his last major tournament in which to achieve such greatness before the youth take his place up front. History Likes to Repeat Itself

In Germany’s proud European championship history, they have already lifted Europe’s crown jewel of national trophies three times in 1972, 1980 and 1996.

What those results don’t tell you is that every time they have finished second place in the competition, the nation has come back and won the following tournament.

Their runner-up performances in 1968, 1976 and 1992 all saw the Germans come back more resilient and determined than before to make sure they were not humiliated once more.

In 2008, Germany were beaten 0-1 by Spain, thanks to a Fernando Torres goal. This time around the Germans will be out to make sure history repeats itself in their favour.

On top of it all the majority of the team is still together since the 2008 Euro’s, only now they are vastly more experienced after their third place finish in the 2010 World Cup.

Germany are set for a major fight to get through the Group stages.

They are in the ‘Group of Death’ and the presence of Holland, Portugal and Denmark means that Low’s side will have to hit the ground running in June. But they are arguably the strongest of these sides and one of the top two positions should be theirs.

A possible semi-final against Spain beckons if Germany can negotiate their way past one of Poland, Greece, Russia or the Czech Republic. There is a feeling amongst many that Spain, perhaps no longer as hungry, have plateaued while Germany are on the way up and this is the perfect opportunity for Low’s side to prove it.