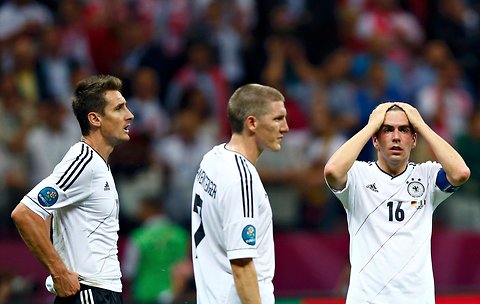 Remember the Germans of days gone by when they were West Germans and winning the World Cup at least once every decade?

They were cold, calculating, mechanical, and clinical. They ate penalty shootouts for breakfast. They were organized and robotic. They played steely football and were far more loathed than loved, but always maddeningly successful.

That’s the Germany we’ve come to know. Villains of the world game, despised by Holland, England, Italy, and well, pretty much everyone else too. 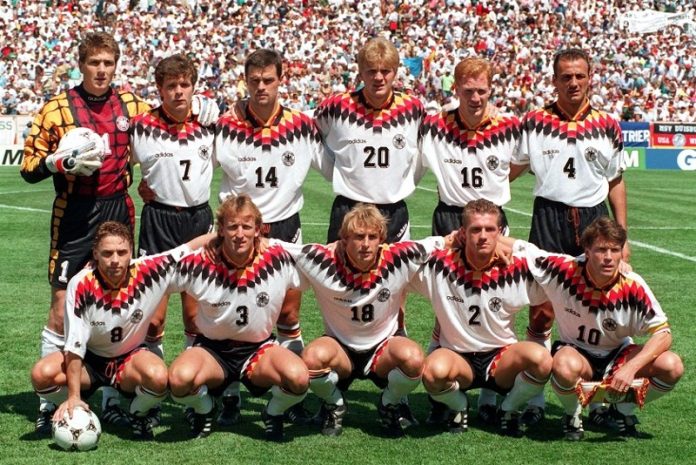 Then something changed. The Germans took a turn and headed for the light.

In 2006, with the pressure of hosting compounded by having not won a major tournament since 1990, Jurgen Klinsmann transformed a young Germany side into a swashbuckling, stylish outfit who played energetic attacking football and were somehow, in some strange way, shockingly likable.

Germany didn’t win the World Cup. They lost to Italy in a classic semifinal and settled for third. Usually, that would be a failure in Germany. Instead, the 2006 team was saluted as heroes for their “fairytale” run.

It marked the first time ever Germany and fairytale had been used in the same sentence without any hint of sarcasm. Hosting the tournament in 2006 could hardly have gone better, and a major part of the reason for that was that the world really really liked the German team.

In 2010, things should have reverted back to normal. Instead, the Germans got younger, more stylish, and obliterated the likes of Australia (4-0), England (4-1), and Argentina (4-0), on their way to another third place finish.

By now, we’ve mostly accepted the strange and alarming. Under manager Jochiem Low, the Germans will continue to play high-tempo, risky attacking football. Low lives for goals, as evidenced by going up 4-0 on Sweden last year and proceeding to lose the lead in the quest for more goals and draw 4-4.

While Low’s swashbuckling style is certainly appeasing to the eye, questions about Germany’s big-game failures have been getting louder in the buildup to the tournament this summer in Brazil.

Confidence in Die Mannschaft is as low as it has been since Klinsmann began the revolution with a 4-1 friendly defeat to Italy in March 2006.

Germany are struggling with injury problems in almost every position. They don’t have a true center-forward on the roster, and appear headed for a false nine setup with Mario Gotze up top. The defense is riddled with question marks, and the Group of Death awaits.

But pre-tournament panic is inevitable. In all likelihood, the Germans get through the Group of Death and make it to the quarterfinals without breaking a sweat. It’s the big moments where that typical German steel has been found lacking.

It’s been whispered over the last four years that the new Germany – a national team with a totally different makeup than previous iterations – doesn’t have the fortitude and mental strength to sit in and really gut out a result.

When Germany hit the latter stages of the competition and play teams that they can’t out-football, they might be in trouble. You can’t help but think that the new Germany is the kind of team that the old Germany beat when everything was on the line.

As those Italians know all too well, great tournament teams have to gut out results late in competitions.

Against Italy in the semifinal of Euro 2012 in Warsaw, Germany clearly had the better team. But Italy’s fight, and a lot of Mario Balotelli, knocked the Germans down. By the time they got up, the game had finished 2-1. Low’s lack of tactical flexibility was blamed, but his team just didn’t have the iron-clad, ruthless will of previous champions.

Low has been in charge since Klinsmann stepped aside in 2006, and when he signed a contract extension earlier this year, provisions were specifically included to cancel the contract depending on how Germany performed at the World Cup. 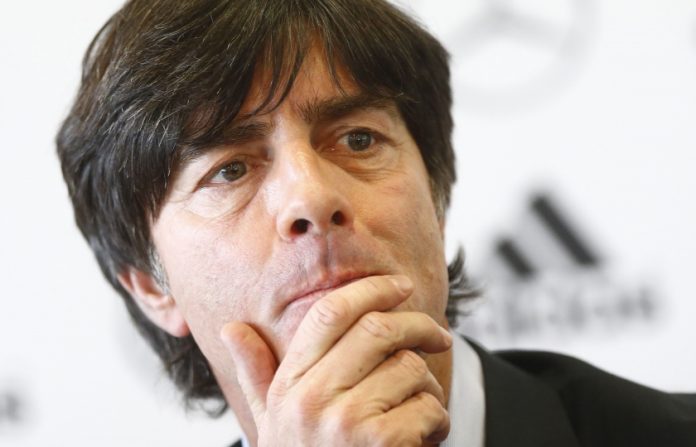 It’s not that anyone expects Low to leave after the World Cup. But the possibility is in the back of everyone’s mind.

In a broader sense, Germany’s fight this summer is one that concerns the game as a whole. Can you win a World Cup in the modern era with a commitment to positive attacking football? Or do you need to be entrenched in defense and organization to win?

You can point to Spain as a pro-football champion, but they’re a very different animal from Germany. Spain play pretty stuff, but their possession game sucks the life out of their opponent. It’s not romantic to hold the ball and run the clock.

Spain won in 2010 by winning knockout games 1-0, 1-0, 1-0, and 1-0. Their defense – Puyol, Pique, and Casillias – were their backbone. At their best Germany ripped teams apart with their insatiable attacking appetites.

Brazil approached this peak at the Confederations Cup, but even they were one of the most physical teams in the competition. Any Phil Scolari team will know the dark arts.

It may that being the good guys will only get you so far. You need another club in your bag. The Netherlands almost perfected this art in 2010, turning their knockout round games into demolition derbies, coming up just short in the final.

While it’s been fun being fun for Germany, are they really going to roll with light and happiness for good now? Fun used to be for everyone else. Maybe there was a good reason for that.

Klinsmann are Low are true visionaries, and the transformation of German football – at every level, starting with youth academies up to the Bundesliga – is total and complete. Unquestionably, it’s been a historic run. But it appears to be coming up a little short.

It’s ironic that Germany was rebuilt from the ground up into a slick new side that now needs a little dose of the old German DNA to get over the finish line Brazil.