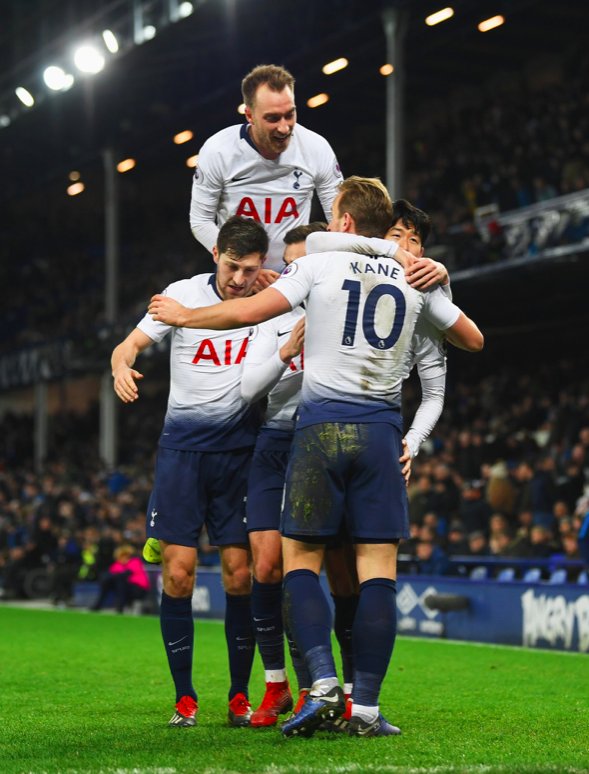 Former great England striker-turned-popular football pundit Gary Lineker has taken to Twitter to express his reaction after Tottenham won 6-2 against Everton on Sunday.

Spurs produced an outstanding performance at Goodison Park, arguably one of their best of the season, to move within two points of Manchester City.

Lineker said that it was an entertaining game of football, and noted that Spurs were “absolutely outstanding”.

Mauricio Pochettino’s side came from behind to seal all three points at Goodison. Theo Walcott scored the opening goal for the home side, sweeping home from Dominic Calvert-Lewin’s low cross.

However, Spurs quickly responded. Son Heung-min produced a sublime equaliser from tight angle. Dele Alli gave Spurs the lead, and Harry Kane made it 3-1 when Kieran Trippier’s curling free-kick hit the post and rebounded into his path.

After the break, Christian Eriksen’s long range effort extended the lead. Gylfi Sigurdsson pulled one back for the home side, but Son and Kane scored again to put the game beyond any doubt.

Spurs enjoyed 59% possession and attempted 17 shots during the game.