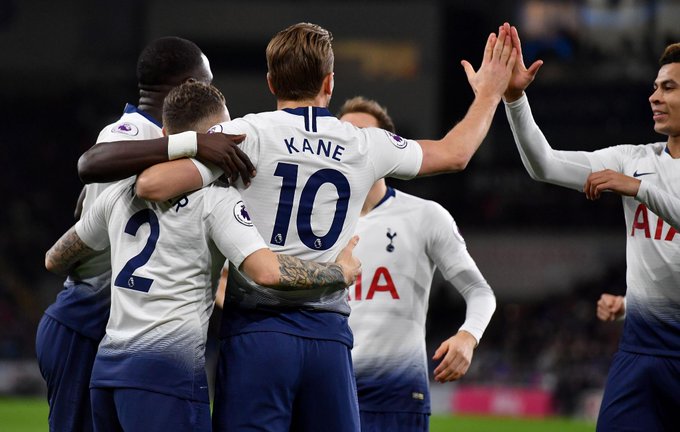 Tottenham Hotspur returned to winning ways after beating Cardiff City 3-0 in the Premier League on Tuesday to climb back up to second place in the table.

Former England striker turned football pundit, Gary Lineker, took to social networking site Twitter, to express his reaction after the match. He said that Spurs are on the “heels of the Premier League’s finest” given the other two title contenders, Liverpool and Manchester City, spent a lot more than them.

In reality, it’s quite something that @SpursOfficial are on the heels of the Premier League’s finest, given the vast difference in expenditure between them and @LFC and @ManCity. Punchettino.

Lineker is absolutely spot on here. Spurs didn’t buy a single player during the summer transfer window, with Mauricio Pochettino keeping faith on his current squad.

He has not only kept the squad competitive, but has taken Spurs into a position where they can aim about challenging for the Premiership title.

Former Spurs player, Graham Roberts, responded to Lineker’s tweet, saying Pochettino has done “superbly” with the money given to him.

Spot on Gary we may seem biased but however you wrap it up over the 4 years poch and spurs done superbly with money spent and the whole package.

Harry Kane scored the opening goal of the match in the third minute. Christian Eriksen added another into the bottom corner nine minutes later. Son Heung-min added a third in the 26th minute to kill the competition in the first half only.

It was Tottenham’s sixth victory from seven league matches, and they have closed the gap with leaders Liverpool to six points. The Reds will face third-placed Manchester City away on Thursday.

Heung-min has been in terrific form in recent months. He has been directly involved in 11 goals in his last eight starts in the the Premier League, scoring eight and assisting another three.