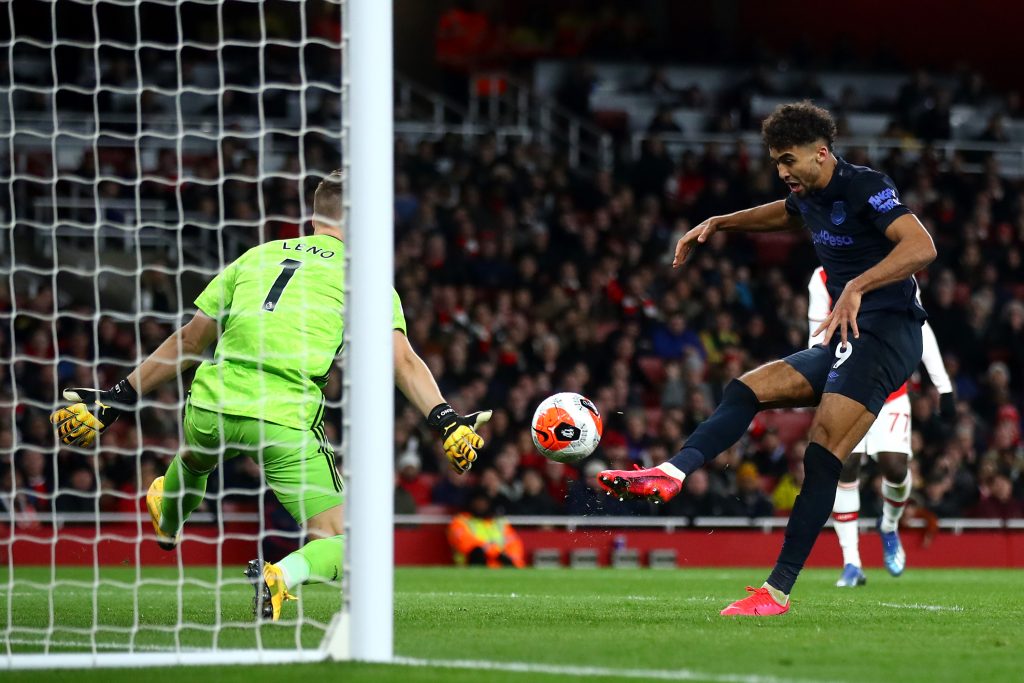 Everton suffered a 3-2 defeat against Arsenal in the Premier League on Sunday at the Emirates.

The Toffees, who haven’t won at Arsenal since 1996, took an early lead through Dominic Calvert-Lewin.

From a Gylfi Sigurdsson’s cross, the ball was lifted to Calvert-Lewin who scored with an acrobatic finish, although there was a suspicion of a high boot.

The 22-year-old is enjoying a superb campaign for the Toffees. He has taken his game to a whole new level under Carlo Ancelotti, and is playing with loads of confidence.

Calvert-Lewin has now scored 12 goals in the Premier League, and his strike against the Gunners was his fourth in his last five games.

Despite a resolute performance from Everton, they will be extremely disappointed with the result as it could have a big say in the race for European football next season.