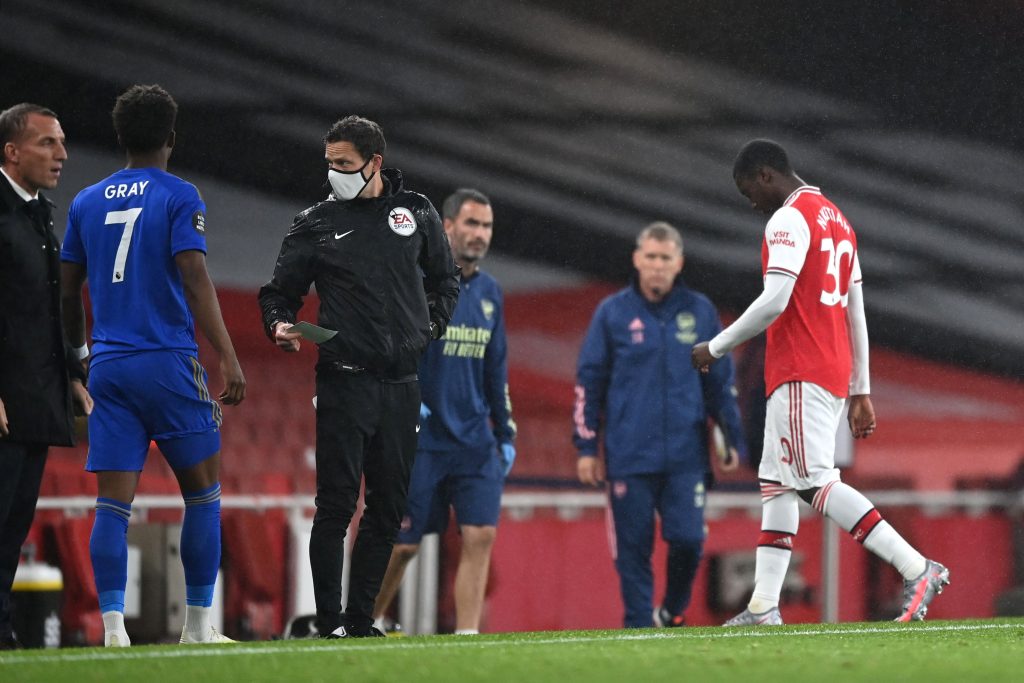 The Gunners were looking to make it four straight Premier League victories and boost their chances of playing in the Champions League next term, but a red card to Eddie Nketiah with 15 minutes remaining proved costly in the end.

The young striker replaced Alexandre Lacazette as manager Mikel Arteta looked to add fresh legs to his attack and find another goal, but he lasted just four minutes on the pitch and didn’t even touch the ball before he was sent off following a high challenge on Leicester’s right-back James Justin.

While Arteta agreed that it was the right call to send off the Arsenal forward, BBC Match of the Day presenter Gary Lineker and pundit Chris Sutton didn’t agree, stating their reasons on Twitter:

I understand why they’ve given a red, but not for me. Nothing challenge and I’m biased.

Nketiah will miss Sunday’s trip to Tottenham Hotspur and Arteta wouldn’t be glad to be without one of his best attackers for such an important game.

Arsenal are currently nine points behind Leicester who dropped to fourth place as a result of the draw, and they will need to win against Spurs to keep their hopes of playing in the Champions League next season alive.