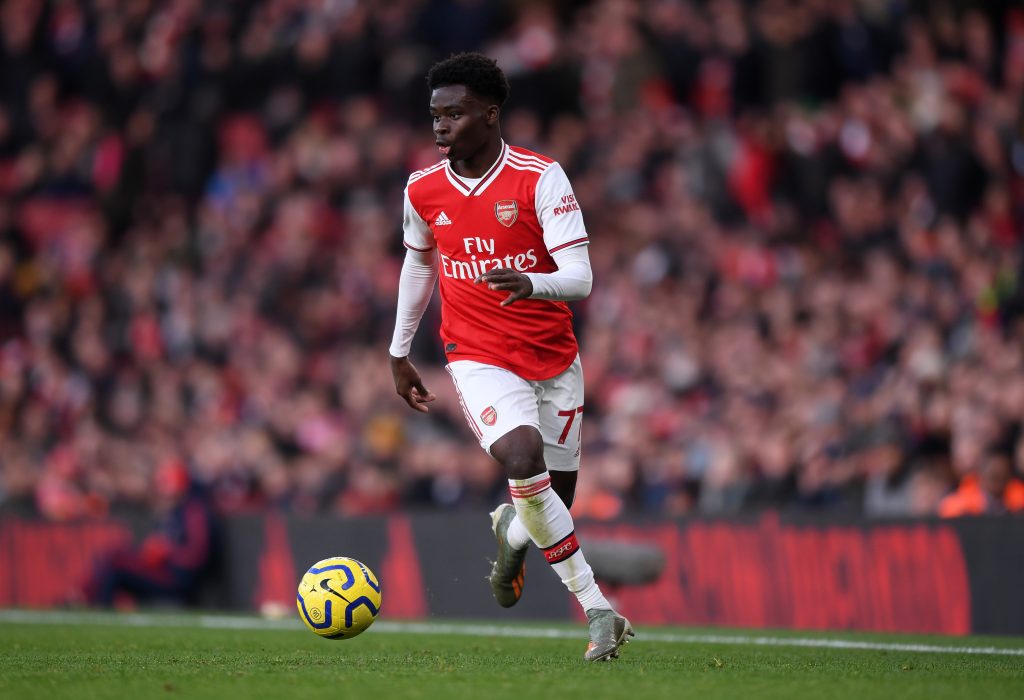 Bukayo Saka has signed a new long-term contract with Arsenal, and the Gunners academy graduate is now set to remain with the North London giants despite earlier links with Liverpool and Manchester United when he stalled on agreeing to an extension.

London is my home. Arsenal my team. I’m so happy to finally announce my contract extension😄📝 I love playing for this club and I’m looking forward to what the future holds.. The hard work continues so I can continue living my dream🙏🏿❤️ God is Great !! pic.twitter.com/nS7G5nE9Pc

The 18-year-old was handed his debut by former Arsenal manager Unai Emery in November 2018, and he has gone on to establish himself as a key player under current boss Mikel Arteta.

Saka’s versatility has come very handy for the Spaniard, and retaining his services is a huge boost for the club.

Match of the Day presenter Gary Lineker reckons it’s a great signing for the club, and here is how him and Alexandre Lacazette reacted to Saka’s announcement on Twitter:

Saka has been at Arsenal since 2010 and is one of the brightest talents to have emerged from the club’s Hale End academy in recent years.

He has since made 37 first-team appearances, scoring thrice and assisting 11 times this term.

Saka has now become the first teenager to register 10 or more assists in a single season for Arsenal since Cesc Fabregas in 2006-07, and he will hope to make a huge impact like the Spaniard did going forward.