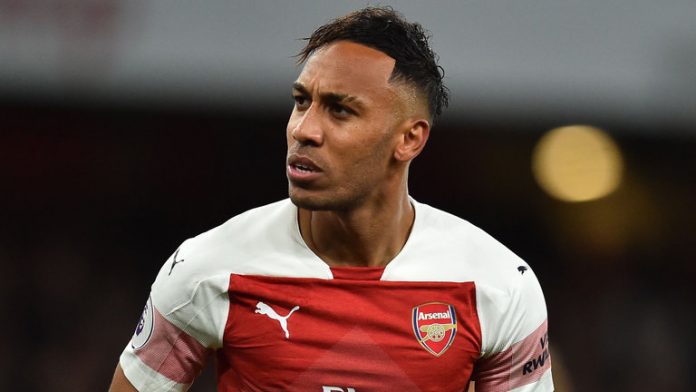 Arsenal striker Pierre-Emerick Aubameyang couldn’t help Gabon qualify for the 2019 African Cup of Nations after they played a 1-1 draw against Burundi.

The Panthers needed a win against the hosts in order to feature in the AFCON finals holding in Egypt by June, but failed to pick up the much-needed three points, and the country’s football faithful aren’t pleased with the Gunners star for putting in an underwhelming performance.

Aubameyang missed Gabon’s previous AFCON qualifying wins against South Sudan and Mali after contemplating his international career due to his extreme disappointment in the country’s F.A.

Nevertheless, he returned for their crucial clash against Burundi, and was mobbed by a huge crowd at the airport upon his arrival from north London a few days ago.

He has since gone from hero to zero, though, and here is how some fans reacted to his abysmal performance on Saturday on Twitter:

Gabon have about 20 seconds left to score or they will fail to qualify for AFCON. They get a free kick in a dangerous position with everyone in the box for it.

How is Gabon not making it to AFCON a shock? Made it out of the group-stage once in 23 years. Aubameyang’s presence doesn’t make them great overnight. In fact they’ve won more games without him over the last three years. Collective effort beats individual brilliance, always.

Aubameyang made all that noise about whether he would play for Gabon or not only to drop a disasterclass when his country needed him the most. Stay in London.

Aubameyang has been a fraud at international level since Denis Bouanga outclassed him at the AFCON. Thats no disrespect to Bouanga, but Aubameyang should be on another level to him

Damn! The Black Panther won't be in action at #AFCON2019 ! ☹️ @Aubameyang7 @fegafoot_gabon

Bujumbura is buzzing right now, kudos to Burundi , Aubameyang & Co. Didn’t deserve it. Can’t choose when to show up for national duty #AFCON2019Q

@Aubameyang7 couldn't have done it alone!! now focus on winning at club level!!

Arsenal star Aubameyang ordered to retire by fuming Gabon fans after draw against Burundi sees them fail to qualify for 2019 AFCON https://t.co/oD60YInzKk

Aubameyang was born in France, and was also eligible to play for Italy and Spain at international level, but he debuted for the France under-21 in February 2009 before choosing to represent Gabon at senior level and making his debut a month later.