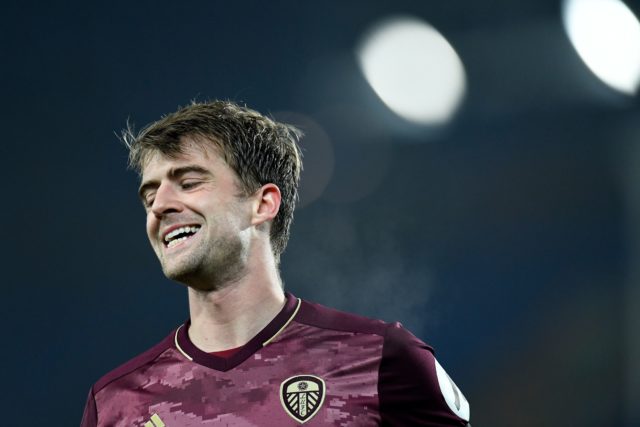 Frank Lampard has showered heaps of praise on Patrick Bamford ahead of Chelsea’s Premier League clash against Leeds United on Saturday at Stamford Bridge.

Bamford joined the Blues in 2012 from Nottingham Forest and spent five seasons at the London club. However, he didn’t make any single appearance for Chelsea and spent loan spells at six different clubs during that time.

Lampard has said that Bamford had ‘great finishing ability’ in those early stages at Chelsea.

The Blues boss suggests that Bamford didn’t make the cut in the star-studded Chelsea squad due to the fierce competition at the club. However, he feels that the 27-year-old should be proud of his achievement.

This is what Lampard has said about Bamford, as quoted by Football London:

“Yes, I remember him well. He trained with us quite a lot as a young player who arrived at the club. He clearly had great finishing ability and an eye for goal in that early stage at Chelsea.

“It didn’t quite work out for him which was more due to the competition he faced at that time for us. He should be proud of the way his career has gone to make different moves and comeback and be one of the leading scorers in the Premier League for a very good Leeds team. I like Patrick as a lad and he is playing very well. I am happy for him.”

In the summer of 2018, Leeds took a gamble by paying £7m to sign Bamford for Middlesbrough. He scored 10 goals in his first season at the Yorkshire club as Leeds failed to secure promotion after losing in the play-offs.

In the following season, Bamford became the focal point of Leeds’ attack after the departure of Kemar Roofe. While he still wasn’t a prolific goalscorer under Bielsa, the former Boro striker was pivotal for the club with his all-round contribution.

He came under strong criticism from the Leeds fans at times, but Bielsa kept immense faith in his ability. Bamford ended up scoring 16 goals for the club last season. His intelligent link-up play and tireless energy added a new dimension to Bielsa’s set up, and he played a big role as Leeds secured promotion to the Premier League after an absence of 16 years.

This season, Bamford has taken his game to a whole new level in the Premier League. He has scored seven goals in 10 games already, including a hat-trick, and is getting better with every game.

Leeds – who have done well against quality teams so far this season – are heading into this match on the back of a 1-0 win against Everton, and they are capable of causing an upset at the Bridge.