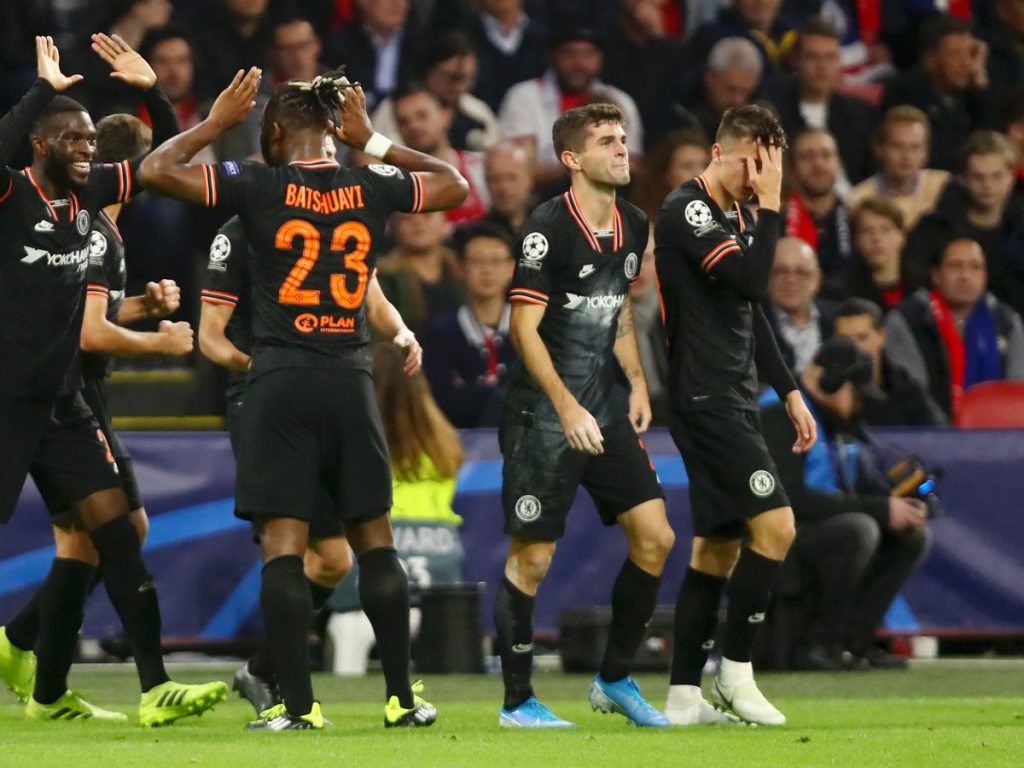 Chelsea weathered the storm to come out with a decisive win at the Johan Cruyff stadium against Ajax in their UEFA Champions League group stage game.

The Dutch giants were undefeated coming into the game, but Frank Lampard’s side showed impressive tenacity to make things uncomfortable for them before their substitutes won them the game.

Christian Pulisic was influential in creating the winner from Michy Batshuayi five minutes from time, handing the Blues a crucial lead in their group.

As Chelsea went atop of Group H thanks to a better head-to-head record against Ajax, Lampard was delighted by the impact of his substitutes in changing the game.

While he admitted at having problems benching quality players, Lampard was all praise when it came to describing Pulisic and Batshuayi’s performances.

He said, “Sometimes the toughest part of management is leaving out players that really want to play week-in, week-out.”

“You rely on them being positive and coming on to make an impact. Both Michy and Christian [Pulisic] did that so I’m delighted for them both and delighted for the whole squad because it’s great for team spirit when subs come on and make a difference like that.”, he further added.

Lampard admitted his gratefulness in having so many options upfront and said, “The beauty of my role is I have Michy and Olivier Giroud, whose training and positivity when they’re not playing regularly is exactly what you want. Michy’s hold-up play instantly was good in the game, he made a difference and got his goal so I’m delighted for him.”

He further laid praise on Pulisic after the USA International changed the tides of the game for Chelsea.

Lampard explained, “You have to give Christian huge credit because he looked so lively when he came on and the assist is just as important as the finish. The fact that a substitute scored makes me so happy because it’s not easy when you’re picking a similar team every week.”

He also had kind words to say about the perfect mixture of young players and experienced ones aiding them leading to this victory.

The former England International said, “The younger players are still babies in Champions League minutes so this was a huge test for them.”

“Football will continue to give you tests all the time so I don’t want to say they’re there or this is it but I thought the balance of our team between the young players who are learning quickly and the experienced players who they rely on to set examples was good.”, he added.

He also implored his side to find out what clicked with them leading to the win, stating, “We just need to realise the things that made that result happen tonight because Ajax are a top team, the atmosphere was difficult for us.”