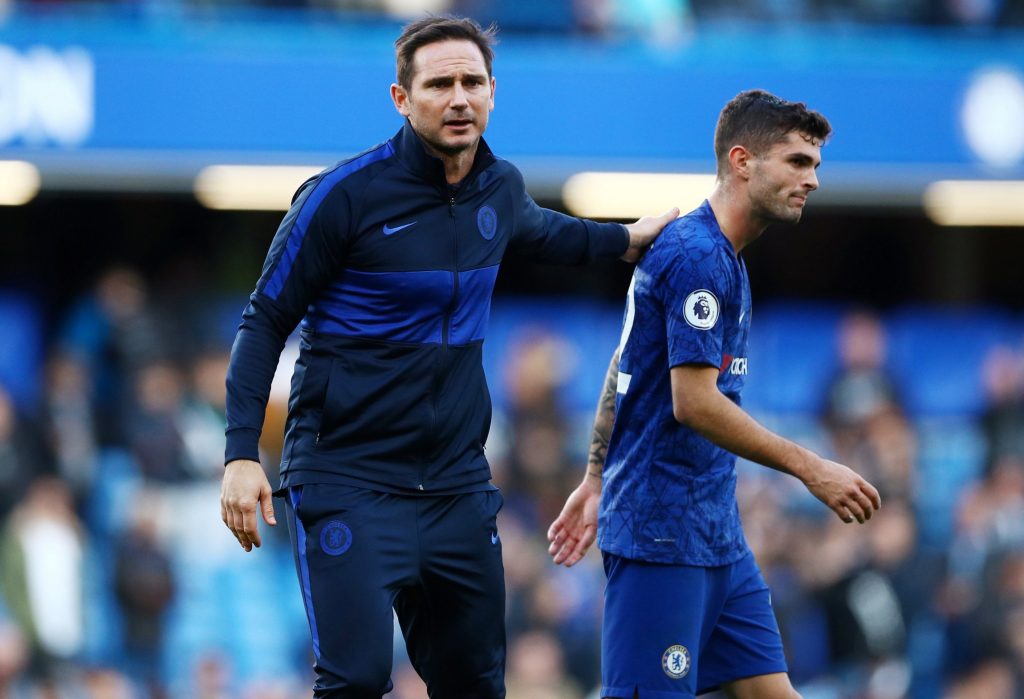 Chelsea maintained their good form after the international break with a narrow 1-0 win over Newcastle United to keep up their bid for a top-four place in the Premier League.

In a game where they were without prolific midfielder N’Golo Kante, the Magpies defended very deep and turned out to be a hard nut to crack. Martin Dubravka made a flurry of solid saves, as the Blues needed some inspiration from the bench to get the job done.

Christian Pulisic came on and changed the complexion of the game, with his incisive movement and clever passing playing a role in creating Marcus Alonso’s winner to get them all three points.

Frank Lampard was delighted with the USA international, praising his efforts afterwards the game. He stated how Pulisic has some pressure on himself to perform thanks to his reputation and lauded him for handling things well.

He said, “I’m really pleased for him. He’s a hot topic because of the price tag. Because of his status in his national team, and his world status through that. And everyone has got a little bit carried away with the short term.”

‘The long term is that he’s come here and he’s just turned 21 and to see him play like he did today, and there’s a lot more to come.”, the Englishman further added.

Pulisic hasn’t really featured as often as expected after making the move from Borussia Dortmund in the summer, but Lampard praised his performance-level and traits to take him forward.

The Blues manager stated, “It’s not the end story. You can see his balance and awareness and you can see how he can play.”

“And there’s improvement to come as with all the young players, but delighted for him because he will feel good about that. And he should do because he was a big part of us winning that game.’, he further explained.

Pulisic also spoke about how happy he was to get the job done in the end helping his side get an important win.

He stated, “‘It was a really good game, happy for the team, had a strong performance, they defended really well, and I was happy to make an impact.’’

The USA International also praised his manager for spurring him on during the difficult times, saying, “‘[Lampard] told me to do exactly what I’m doing now, continue to train hard, when I get my opportunity I have to take it.’’

Lampard could be wanting Pulisic’s services when his side travels to Amsterdam to do battle with the ferocious AFC Ajax, defeating whom will be quintessential towards taking a step closer to the UEFA Champions League knockout stages.