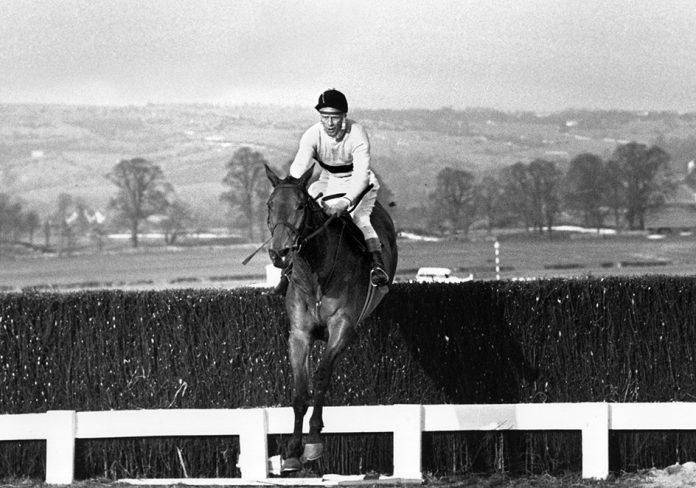 Unlike other notable Cheltenham Festival races, such as the Champion Hurdle and Queen Mother Champion Chase, the Gold Cup has benefited from having no clear favourite, leading to classic clashes such as the thriller we saw between Might Bite and Native River in 2018.

That pair were expected to be back in the frame for the 2019 running, but both have seen disappointment in the first half of the National Hunt season.

Might Bite, in particular, has really struggled to shine. A last-place finish on his seasonal debut at Haydock was put down to rustiness, but a limp seventh place when trying to reclaim the King George VI Chase title really raised some questions.

Might Bite really plummeted down the ranks after that, with the latest Cheltenham odds from 888sport now putting him back at a whopping 20/1 for the Gold Cup.

He faces a wind operation and won’t be seen before race day, but it remains to be seen if Nicky Henderson can get him ready in time.

There is still plenty of hope for the reigning champion, Native River, who placed in a couple of races, including a credible third in the King George.

He remains at odds of 5/1, behind the current 4/1 favourite Presenting Percy, a horse who is still waiting to make his debut appearance this season. There is scope for those odds to rise or fall, especially if Presenting Percy disappoints or pleases in his reappearance, which is expected to be sooner rather than later.

If those at the top of the market have struggled or yet to be seen, several interesting candidates really made their case over the last few months. The King George winner, Clan Des Obeaux, is now firmly in the picture, with 7/1 odds cited.

He was a surprise winner of the King George for sure, and had never truly impressed before that. Trainer Paul Nicholls seems to have plenty of confidence in him though, so Clan Des Obeaux will have plenty of backers.

Thistlecrack was only beaten by 1½ lengths in that race, offering some evidence that he is embarking on a purple patch to wrap up his career. The 11-year-old was just beaten for stamina by Clan Des Obeaux, but he really shouldn’t be ruled out to get a Gold Cup late in his career. 14/1 seems about right for Colin Tizzard’s popular charge, but perhaps his time was two years ago?

Kemboy has impressed this season

One horse who has really forced himself into the reckoning is Willie Mullins’ Kemboy. He took the prestigious Savills Chase at Leopardstown in December, beating several Gold Cup-type candidates – Road to Respect, Monaleee, Bellshill – with room to spare.

He was fairly disappointing at Cheltenham last year, finishing fourth in the RSA Chase, but has gone from strength-to-strength since then, winning his last four races. He is top-priced at 8/1 with 888sport. 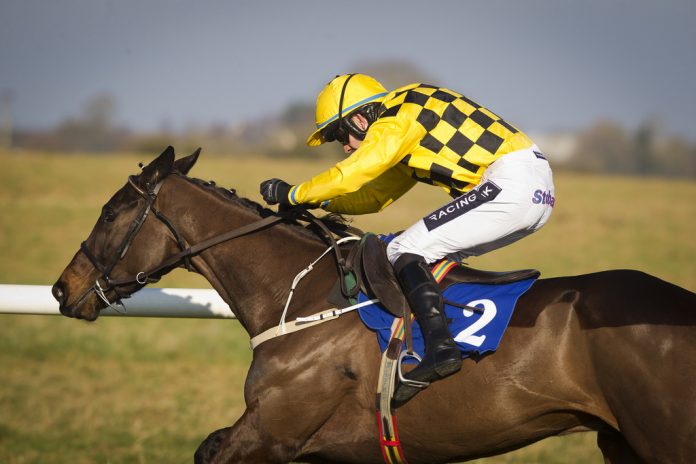 Mullins has another intriguing candidate in Al Boum Photo, winner of the Savills Chase (different to the one above) at Tramore on New Year’s Day. Al Boum Photo had a habit of falling and can be a little hard to control, but when he is on his game his talent is undeniable. 16/1 will tempt many punters who have seen him in action.

LATEST Frankie Dettori Looks To Give Bob Baffert His Eleventh Robert B. Lewis Stakes Winner On ... 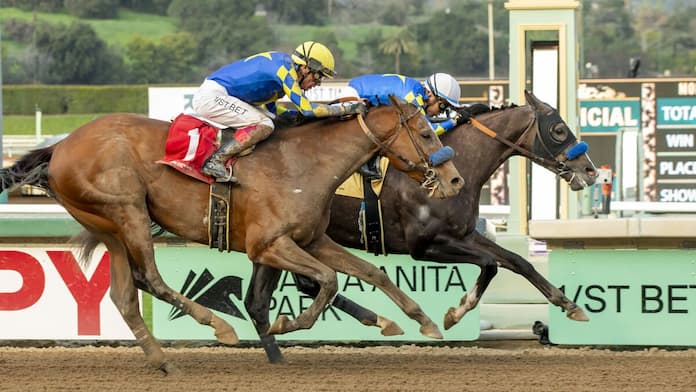 Bob Baffert Has ALL Four Entries For Saturday’s Robert B. Lewis Stakes at Santa ... 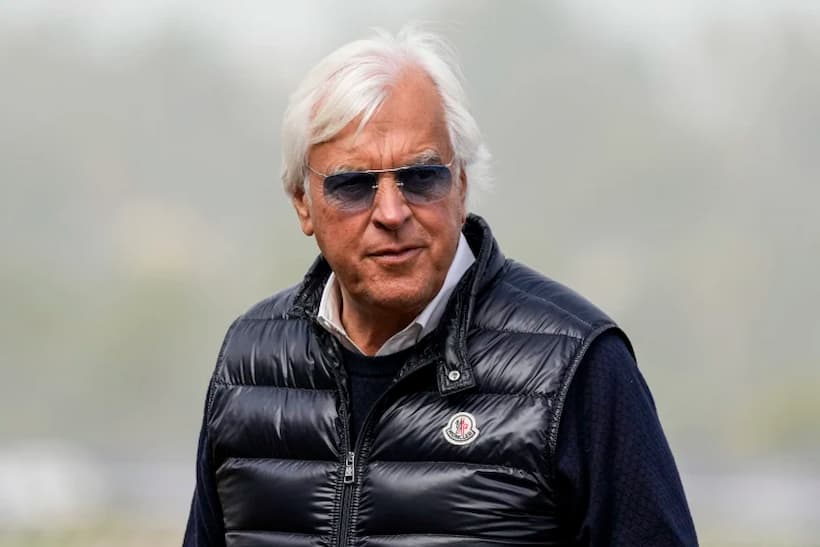 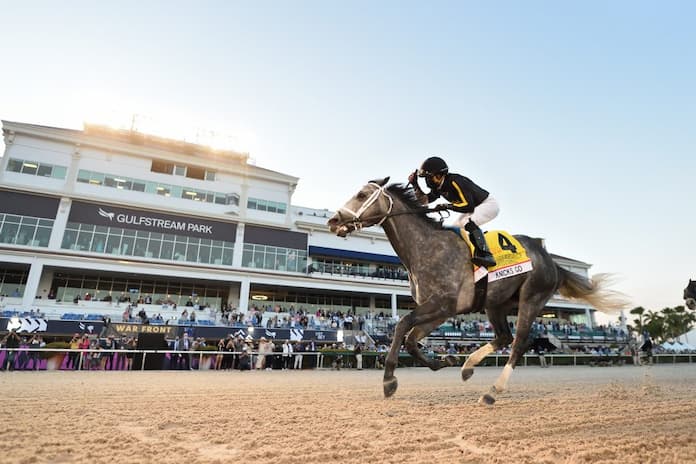 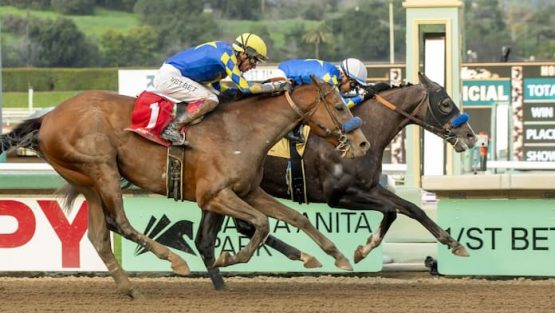 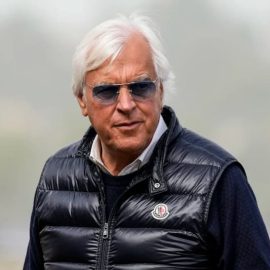 Bob Baffert Has ALL Four Entries For Saturday’s Robert B. Lewis Stakes at Santa Anita

The powerful Bob Baffert yard have seemingly scared off off the other rivals ahead of Saturday’s Grade 3 Robert B. Lewis Stakes at Santa Anita – with ALL four of… 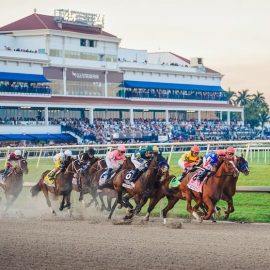 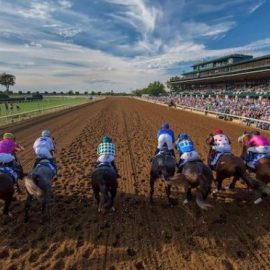 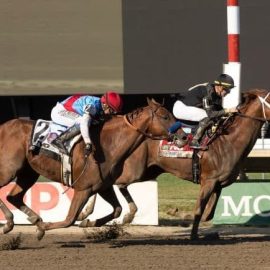 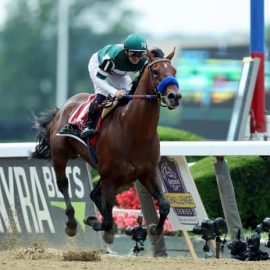 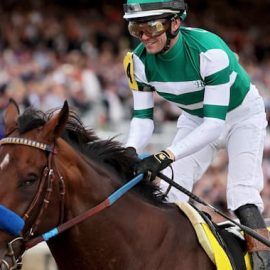