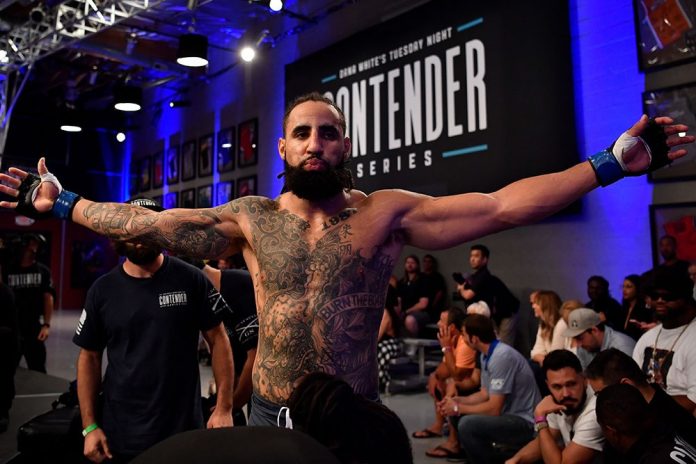 Austen Lane is best known for his time at the Jacksonville Jaguars, the Detroit Lions and the Kansas City Chiefs, however the former NFL star has switched career paths and has earned himself a UFC contract following his first round KO at the weekend.

It’s been around nine years since Lane started his football career, with his time in the NFL ending in 2015 following a brief stint at the Kansas City Chiefs.

The Los Angeles Rams is where Lane earned his stripes in the NFL, as the defensive end played three seasons for the LA side, with 28 games and 17 starts under his belt by the end of his time in Duval. 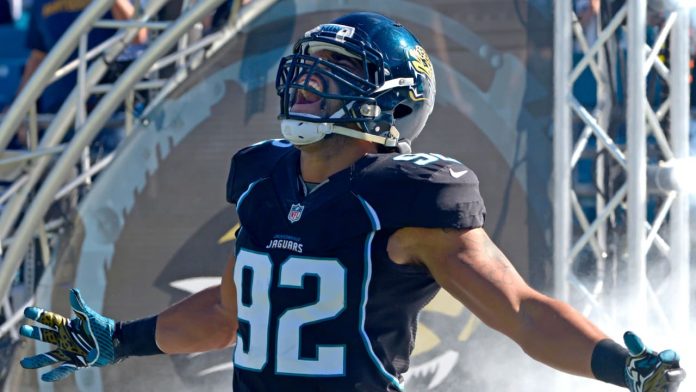 Lane began his MMA career in 2015 when he was still in the NFL, as the DE messaged his coach making the promise that one day he would fight in the UFC.

“It starts back in 2015, Jan. 1st, sitting in a small-town bar in Iola, Wisconsin, realizing I can’t play football anymore because I’m not good enough. That night I text my coach, said, ‘I promise you one day I’m going to the UFC.’ And ever since then, when I type something about MMA on Twitter, whatever the case may be, I always end it with, ‘I promise.’ And tonight, I made good on that promise.”

Lane defeated the previously unbeaten Richard Jacobi via first-round technical knockout on Tuesday night in a heavyweight bout on the Dana White Contestant Series, which earned the former NFL star his first ever UFC contract.

Shook off the armbar and went for the finish 😤 #DWCS pic.twitter.com/WttnEiFrLj

The 34-year old made light work of his opponent on Tuesday night, as Lane dispatched Jacobi confidently in the first round after four minutes with a flurry of right fists to his opponent’s head.