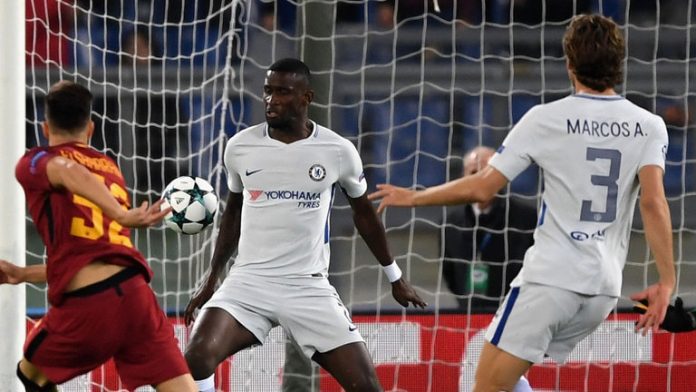 Former Liverpool star Steve Nicol has blasted Chelsea – describing their team as ‘a bit of a shambles’.

Antonio Conte’s side crashed 3-0 at Roma in the Champions League earlier this week and face a massive game at home to Manchester United in the Premier League on Sunday.

Chelsea are nine points behind Manchester City at the top of the table, prompting goalkeeper Thibaut Courtois to claim that his team must win this weekend – a view shared by Nicol.

“They’re nine points behind now, with a City win and a Chelsea loss that becomes 12 points,” he told ESPN.

“You can’t give most teams in the Premier League a four-game start, and that is pretty much what it would be.

“So yeah, I’d have to agree with Courtois, things are not going well for them.

“But it’s going to have to be quite a turnaround because not only are things not going well – they’re a bit of shambles.

“Chelsea were a side last year when they won the Premier League that first and foremost you couldn’t get at.

“Courtois never had that much to do, recently, my goodness he’s making saves, he’s picking the ball out the net, you name it.”

Chelsea are 7/5 favourites win on Sunday, with United on offer at 21/10. The draw is also available at 21/10, but the home side will hope they can repeat last season’s 4-0 success and keep themselves in the title race.

Conte’s side have won their last two games in the league, but Jose Mourinho will be eager to put one over his former club and the 7/1 on offer for a 1-0 victory to United looks tempting.