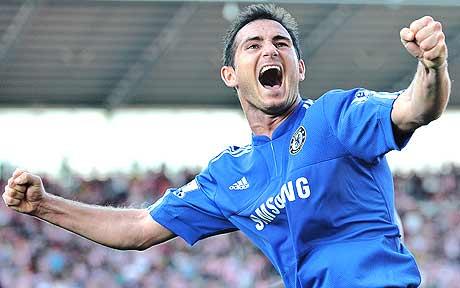 Former Chelsea manager Claudio Ranieri is interested in signing Frank Lampard if the England international leaves the London club at the end of this season.

Frank Lampard is currently in the final year of his present contract at Stamford Bridge. The English international, who has made over 383 appearances for the London club, is unlikely to extend his stay at Chelsea beyond this season.

The 34-year-old midfielder has started in only four Premier League matches this season and interim manager Rafa Benitez has stated that although there are no doubts over his ability the ‘people in charge’ are looking at different aspects before taking a decision.

“For sure, he’s a fantastic player, a great professional – there’s no doubt about this.

“Also, when I talk to the people in charge, they are telling me the same, so nobody has any doubt about his condition, his levels, his quality. So the decision could be analysing different things, not just the quality of the player.” –Benitez was quoted in BBC few days back.

Frank Lampard has also disclosed that Chelsea are yet to offer him a contract extension and that his time at Stamford Bridge might be coming to an end.

“There have been no talks… about an extension. The ball is in Chelsea’s court. I’m a Chelsea player as simple as that. I’ve had a great, great time here,” he said, but added: “Maybe things don’t last forever.” – Lampard was quoted in press.

Chelsea could see a lot of their veterans leave at the end of next season with future of Ashley Cole and John Terry in doubts as well. Roman Abramovich is said to be planning a complete makeover at the club and his work might start as early as January when he is expected to spend big, to try and sign the likes of Falcao and Walcott.

The London club is said to be interested in signing Everton midfielder Maroune Fellaini in order to replace Frank Lampard next season. According to reports, Chelsea are lining up a £20million bid for the Belgium international in January.

Lampard, meanwhile, is being courted by a lot of MLS clubs who are eager to bring the iconic midfielder to American football. But according to recent reports, French club Monaco has joined the list of suitors for the England International.

Monaco, who are currently playing in French second division, is being managed by a former Chelsea manager Claudio Ranieri. The owners at the club are looking to spend big in order to change the fortunes of the club and they are highly interested in signing Frank Lampard.

Incidentally, Ranieri was the man who signed Lampard for Chelsea, from West Ham back in 2001. The Italian manager, who took over at the French club at the start of this season, still holds a very good relation with Lampard (as he does with most of the Chelsea players who played under him).

The French club is said to be waiting for an official confirmation from the London club before they approach Lampard for pre-contract talks. Although Monaco are unlikely to match Lampard’s current wage at Chelsea (which a lot of MLS clubs can), the fact that his wage will be tax free in France might be a plus point in their negotiation.