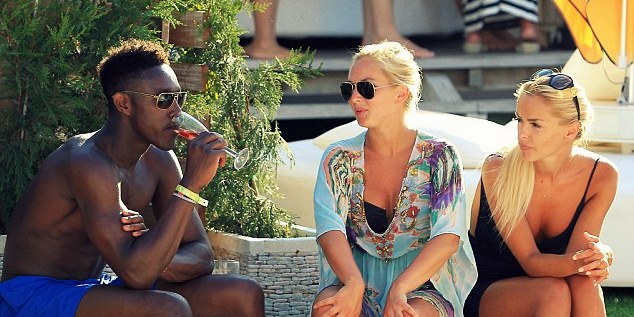 It’s the holiday season for the professional footballer. A time to slip off the boots, slither out of the muddy jersey, and jet off on a hard-earned vacation of sand, sea, and hard-earned recuperation. Fans will be flocking to Twitter to see the sneaky snaps of their favourite stars in unfamiliar territory.

Be it in a rather revealing pair of trunks on a far-flung beach; sipping champagne on a luxury yacht with their mates; or enjoying good, wholesome family time with their loved ones; the pro footballer’s vast wage-packet easily allows for a tailor-made, dream excursion.

Cristiano Ronaldo, always one for the shorter of shorts, has been spotted lounging like a fat cat aboard just such a yacht with some close friends in Miami. 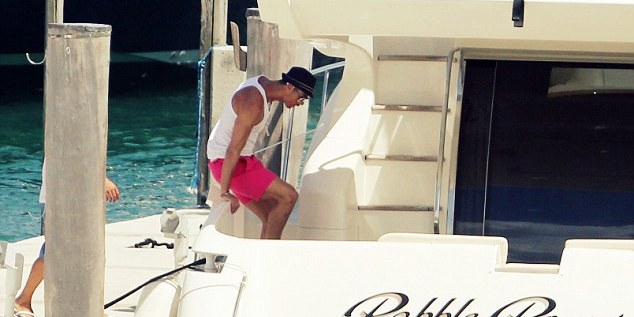 The Portuguese flyer has been the subject of some curious musings in the rumour-mill, of which are included a massive-money move to the ominously wealthy, AS Monaco; as well as a shock return to Manchester United this summer. Yet, these concerns seem to have been temporarily banished in the Miami heat.

United’s current stars are themselves, enjoying exuberant getaways of their own. Danny Welbeck has cropped up in Ibiza, seen with some female companions as he unwinds from a successful Premier League campaign. Jonny Evans has been found in Barbados, enjoying a romantic getaway with his new bride, MUTV presenter Helen McConnell.

Tom Cleverley washed up in Bangkok this summer, ‘hash-tagging’ his love for Thai cuisine, while celebrating the birth of his new daughter, Nevaeh Rose.

Holiday photos can sometimes lead to dire repercussions, as Chelsea man, Ashley Cole may discover after he was photographed smoking while living-it-up in LA with some pals.

Returning boss, Jose Mourinho, is known to be a demanding coach, and no boss would stand for such flagrant displays of unhealthiness; especially if further reports that he is chain-smoking with abandon turn out to be true. A source told the Daily Mail,

“Ashley always smokes heavily during his annual summer holiday in LA. Even some of his friends have told him it is stupid.

“He has been spotted smoking before, but Mourinho wasn’t his boss then. He is known for expecting the best standards from his players and will not be impressed.”

Cole is regarded as one of the very best full-backs in the world, and his success has been arguably built upon his extraordinary athleticism. Ash may have his knuckles rapped on his return to Stamford Bridge, as any sort of complacency will surely not be tolerated by the ‘Happy One’, as we saw with his dealings with Real Madrid stalwart, Iker Casillas last season. 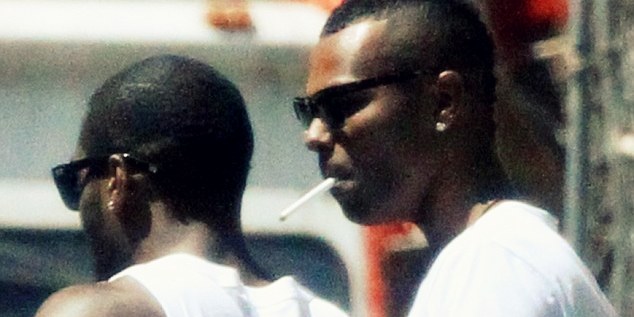 Some of Cole’s Chelsea and England teammates have opted for a more conservative approach to their time away from the field. Frank Lampard, with fiancée Christine Bleakley in tow, chose Ibiza like Welbeck, and have enjoyed lavish dinners, and relaxing boat rides in the sun.

John Terry, holidaying in Portugal, also hopped aboard a boat – a £430,000 boat to be exact – and rumour has it that the former England captain is looking to buy his own yacht outright. He can certainly afford it, what with his £150,000-a-week pay-check.

If the highly unlikely were to happen in the transfer window, he could watch the Monaco Grand Prix from it, if he so wishes…

Perhaps quite aptly away from the glamorous, sun-soaked destinations, we find the much-maligned, Marko Marin. The German winger endured a torrid first season at Chelsea, and decided on a city break to Belgrade instead of an island paradise.

A snap with 007 legend, Pierce Brosnan is his offering on the world’s social networks, and he may well be hoping his chance meet with the actor somehow heralds the arrival of glad tidings for the coming season, or that he may die another day, if you would pardon the pun. 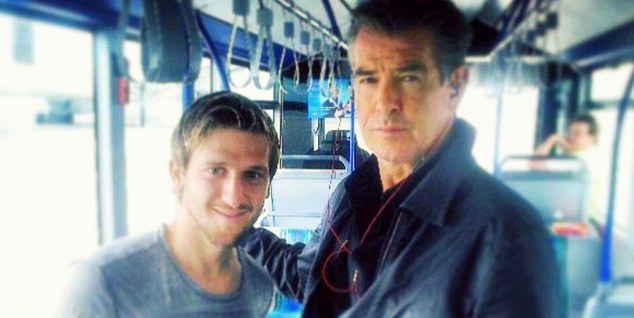 The Arsenal lot have hopped over to Vegas, with Jack Wilshere and Theo Walcott experiencing the sweaty embrace of the sweltering ‘Sin City’. Wilshere was not part of the dismal England U-21 campaign in the European Championships in Israel, with the midfield man opting for ankle-surgery to avoid burnout.

England and Arsenal will both be hoping that this, along with his holidays, will bring a fit, fully-charged Wilshere back into the action next season.

It has not been all pedalos and sunburn for every player however, as the Confederations Cup is in full swing in Brazil, and with impressive squads being hauled over to South America, many top players will be having a tiring summer of activity.

The man-of-the-moment, Neymar, only took three minutes to remind the world that his is an awesome talent, and Barcelona are lucky to have acquired yet another brilliant Brazilian to add to their ranks. 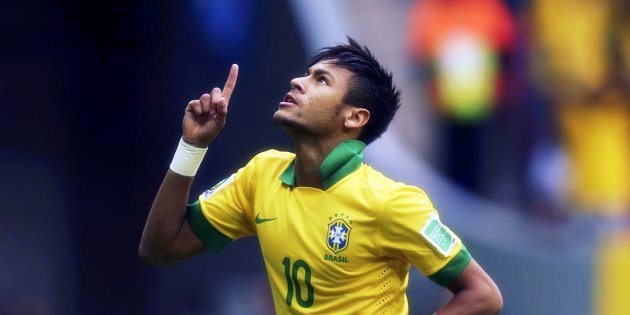 With the likes of (the real) Ronaldo, Rivaldo, Romario, and Ronaldinho having donned the Barca colours in recent years, Neymar has an illustrious history to live up to. Something tells me he will simply take it in his swagger.

But soon we will be back to the weekly, 90-minute battles of the football season; us football fans’ lifeblood. The tans will fade, the foreign coins will be stashed in a drawer, and the blow-up floats will be deflated.

But for now, the uncertainty bred from yet another fascinating transfer window will surely keep us occupied, along with the respective international tournaments. Football never takes a break, and us patrons are glad for it.