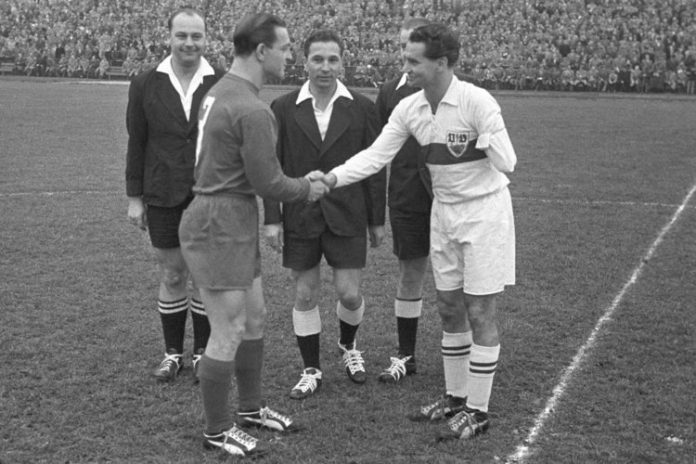 Despite the common trait of footballers being poor role models and lacking integrity, some players and their backgrounds can inspire you. The majority of footballers have an enviable life and everything they could ever imagine on a silver platter, but these combatants have had to overcome adversity to play the beautiful game.

Ivan Klasnic is the first and still the only player to compete in a major competition after recovering from an organ transplant, going against medical advice to play at Euro 2008 for Croatia. The Bolton attacker was diagnosed with kidney failure in January 2007, which threatened the striker’s life – never mind his football career. However he has come back stronger than ever, and shown incredible will to win to return to action.

Widely regarded as one of the best wingers ever to play the game, Garrincha was a World Cup winner in 1958 and 1962, playing in the same Brazil team as Pele. The South American’s achievements are made all the more impressive given the fact that his spine was deformed, his right leg bent inwards and his left leg six centimetres shorter and curved outwards from birth.

Salvador Cabanas was regarded as one of South America’s most clinical goalscorers of the 2000′s, but the forward’s life was turned upside down on 25th January 2010, as he was shot in the head in a Mexico City nightclub by notorious drug lord Jose Balderas Garza. Defying medical opinion Cabanas has returned to living a normal life, and even stepped out to feature in an exhibition game between the Paraguay national team and old club America in 2011.

A German World War II veteran, Trautmann signed for Manchester City in 1949, and suffered a serious neck injury in the 1956 FA Cup final. After a challenge with a Birmingham attacker, the goalkeeper suffered a broken neck, but still played the remainder of the game to see City win the trophy 3-1, making all-important saves along the way. This heroic act has made his jersey one of the most popularly owned goalkeeper jerseys around.

Whilst playing for Vicenza in Italy back in December 2005, Julio Gonzalez was involved in a high impact car crash when travelling to Venice airport. After being hospitalised for a month in Europe, doctors were forced to amputate the Paraguay international’s left arm. Despite losing the ability to play at the highest level, Gonzalez has remains an important member of the football community in his country, and in 2008 opened an Inter Milan football academy in the South American nation.

The current Ballon d’Or holder was diagnosed with a growth hormone deficiency whilst a child, and moved to Barcelona’s La Masia youth set up before becoming the best player in the current game. Balotelli had life-threatening complications with his intestines shortly after birth, which led to a series of operations and him being fostered at the age of three.

Both eastern European footballers have suffered a skull fracture during their career, Chivu in 2009, Cech in 2006. The Chelsea goalkeeper’s condition became the more serious of the two, with Cech wearing protective headwear whilst competing ever since.

Twenty-three of the 43 passengers on board the Elizabethan charter aircraft G-ALZU ‘Lord Burghley’ lost their lives in the Munich Air Disaster on Thursday 6th February 1958. Nine other footballers and the manager, Matt Busby, were injured in the crash and while many of them could not play again or reach the heights before the crash, the achievements of Sir Matt Busby in rebuilding Manchester United as a force in England and Europe are the stuff of legend. Not to mention Bobby Charlton’s star-studded career for United after surviving the crash at the age of 20.

Whilst driving to a game in 1948, Robert Schlienz let his arm hang out of his car window, only to be involved in a crash. His vehicle overturned and his arm was damaged beyond repair, forcing amputation. Despite the setback, he went on to become captain of Stuttgart, winning two national championships, and played three games for Germany – all with one arm.