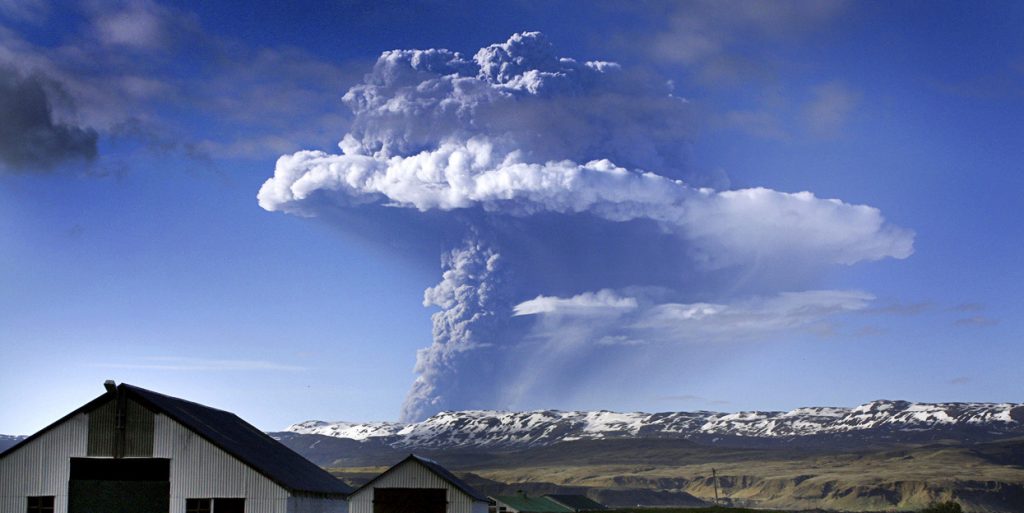 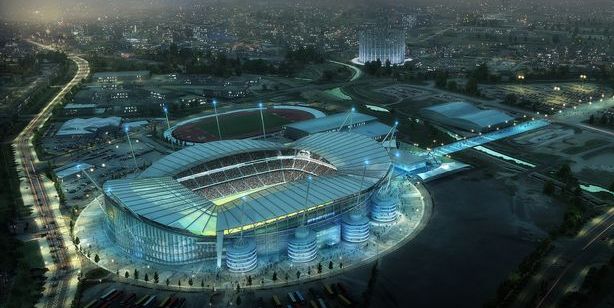 We can all count ourselves exceedingly lucky to be part of a generation privy to the wonders of modern football as it is today.

With an inordinate amount of time and money pumped into football every year now, we have the privilege of experiencing state of the art stadiums; complete coverage of the beautiful game from thousands of available outlets, online and off; and watching stunning athletes thanks to the very latest in training technology.

Hawkeye and the magic spray have recently come into play, some of the world’s best ever footballers are currently at the peak of their powers, and we have seen astronomical advances in boot and kit manufacture. No more swanning around in plain black boots and short shorts!

And yet, despite the advances made in football, we are still slaves to the weather. Even in the 21st century, with millions of pounds worth of assurances, a match can be killed dead by rain, heavy snow; hell, even the heat!

Check out some of the most bizarre incidents involving football and the weather below: 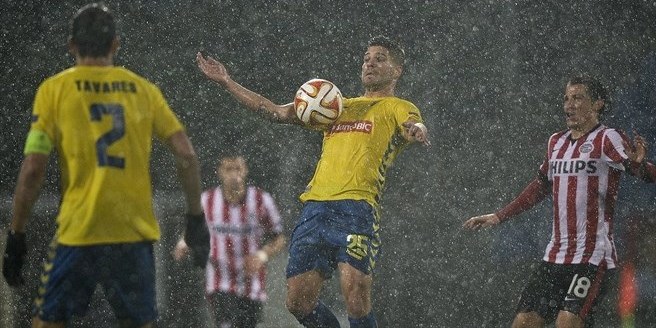 Only last month, in the UEFA Europa League Group Stage, the match between Portuguese side Estoril Praia and Dutch giants PSV Eindhoven at the Estádio António Coimbra da Mota was called off due to heavy rain and a waterlogged pitch!

Estoril, who finished an impressive fourth in last season’s Primera Liga, were 3-2 at half time before the referee decided to abandon the match. The result, as it was, would have taken the Portuguese side through to the knockout round, eliminating PSV in the process.

The replay, which took place just 24 hours after, finished 3-3, with Estoril conceding an 82nd minute goal to put them out of the competition, with PSV heading through by the skin of their teeth.

Mother nature would be Dutch then? 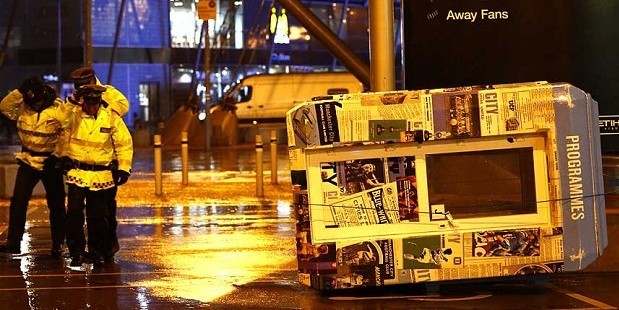 They may have just unveiled a new £200m training complex opposite the Etihad Stadium, but Manchester City can still be brought to its knees by a little wind. Well, 100kph winds, to be fair, with the above programme stand standing little chance.

Their Premier League clash with Sunderland was called off at 6.30pm after a red weather warning led the Greater Manchester Police to deem conditions as unsafe. It wasn’t the only game that day to fall foul to the Big Bad Wolf, with the conditions in Merseyside also seeing Everton’s game against Crystal Palace called off half an hour before the scheduled kick-off time.

What’s a little wind, you ask? Well, it can get quite hairy, as the Orlando Pirates and Black Leopards found out to their detriment back in 2007: 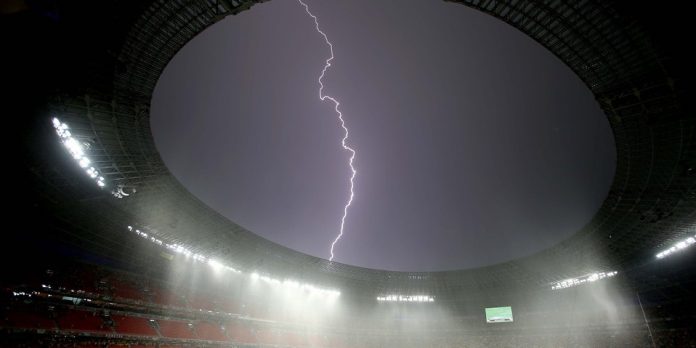 Quite a shocker this one, literally, with both player Joao Contreras and a linesman struck by lightning during a Peruvian cup match early in December, with little surprise to see the game abandoned after Contreras sustained burns to his legs after being zapped!

Mercifully, both survived the ordeal without long term injury. The incident was actually picked up the TV cameras at the match, with chaotic scenes in the aftermath. 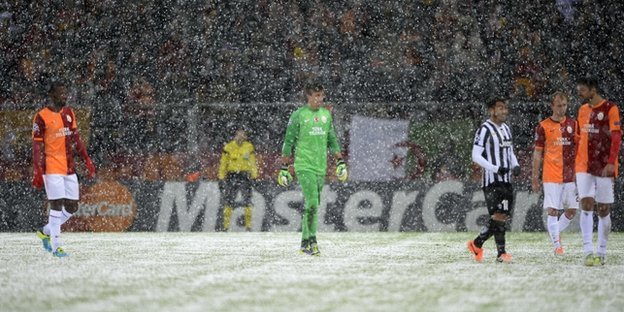 A ludicrous amount of snow brought this crucial Champions League group stage tie to a halt after just 32 minutes, with both sides forced to wait until the following day to play out the game, which was poised at 0-0.

The result would have seen Juve go through to the knockout round, with Gala needing a win in Turkey to progress; which is preciously what they managed when the snow had cleared, with Wesley Sneijder’s 85th minute winner on the still horrific surface putting paid to the Old Lady’s Champions League dreams for another year. 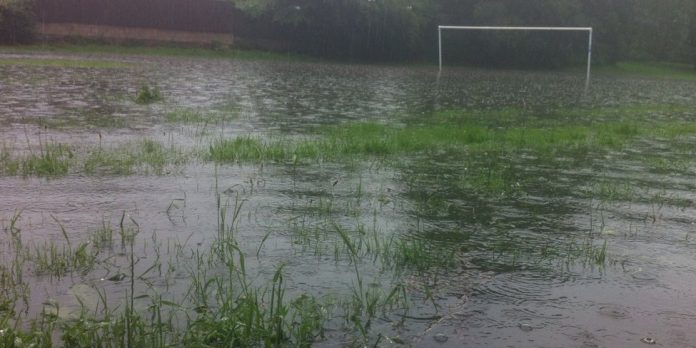 This Serie A clash was called off due to deadly flash floods, with one left dead in Naples and a number of roads rendered impassable.

The flooding, which also saw the cancellation of Genoa v Inter Milan, claimed a further seven lives that weekend, with the football taking much the back seat in what was a tumultuous period in Italy. 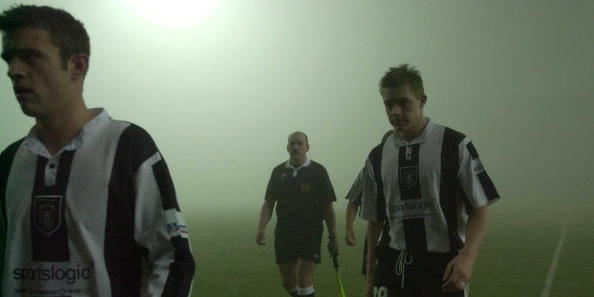 Seconds after Wimbledon, still alive and well back in 2001, grabbed a first half equaliser against Notts County in the Cup, the game was abandoned after the referee deemed the thick fog descending from the River Trent to be off too big of a hindrance, with visibility down to just a few yards! 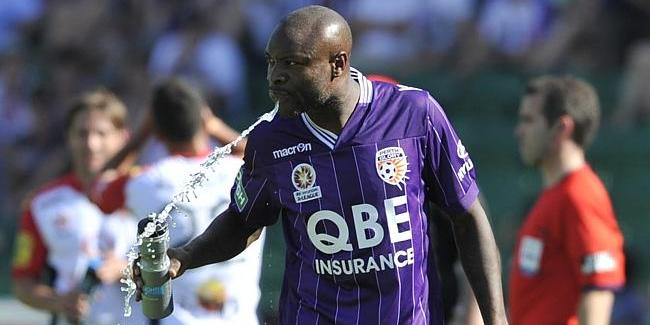 Despite fears being all the rage with the upcoming FIFA World Cup in Qatar, there isn’t too big a precedent for games being disrupted by heat.

Still, William Gallas’ debut for Australian side Perth Glory was an utter farce thanks to the high temperatures.

Despite the mercury levels reaching 37C, Perth’s match against Adelaide United went ahead with regular stoppages for liquid and shade. Former Chelsea, Spurs and Arsenal man Gallas was brought on in the second half, an unavoidable consequence from the decision to play the game, said Perth head coach Alistair Edwards.

“Gallas would have started the game, but there’s no way that we can play a player like that who just hopped off the plane,” said Edwards after the game.

“There’s no way that I’m going to do that to a player like Gallas – say ‘hey, welcome to Australia, 35C and good luck. Hope you don’t get injured’. It’s not fair on him and it’s not fair on any of the players actually.” 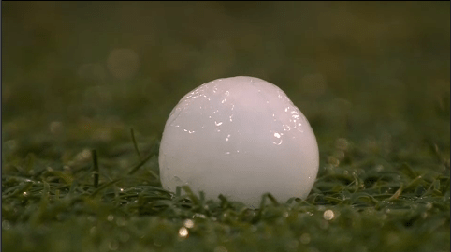 Before the start of the 2014 FIFA World Cup in Brazil, dark horses Belgium took on Tunisia in a friendly match in Brussels; that is before golf ball sized hail stones ended the game at the halfway mark!

First, in 2010, Pep Guardiola’s side had to travel 600 miles by road to their Champions League semi-final first leg in the San Siro with Inter Milan after the Eyjafjallajokull volcano erupted; a match they duly lost 3-1, with Jose Mourinho’s men going on to complete a treble.

The second time came just a year later, with Barca travelling to London two days early after fears that flights would be cancelled following the spread of ash from the Grimsvotn volcano! 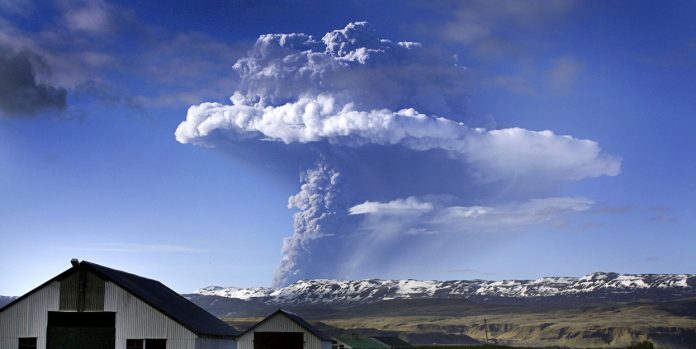