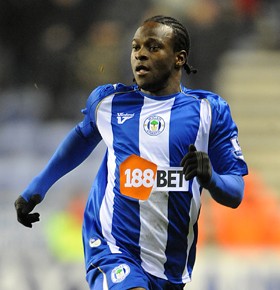 After three months of feigning interest in golf, cycling and cricket the Premier League football season finally returned and here are my “Five Things We Learnt This weekend.”

1. Liverpool Used to be Home to the Fab Four.

A first 45 minutes dominated by an energetic Luis Suarez hid the fact that Liverpool’s midfield lacked flair and even more worrying, an idea. Charlie Adam was as dangerous as ever from dead ball situations and Stuart Downing made one driving run and shot, but that was the sum total of their afternoons work.

Jordan Henderson, making his debut against his former club, Sunderland, was completely anonymous, if he had not of been substituted we would never have known he was playing. At only 20 years of age he needs time, but with a price tag of £20 Million he is unlikely to be given such a commodity. Liverpool, who were the form team during the second half of last season have moved away from their winning formula.

Dalglish gave Raul Meireles and Dirk Kuyt mere cameo roles while Maxi Rodriguez Liverpool’s most improved player of 2010/2011 and Alberto Aquliani, the man who put World Champions Spain to the sword midweek were not even in the match day squad.

Dalgish’s refusal to acknowledge Aquliani is worrying for the Anfield club, out of all Liverpool’s current midfield options he alone possess’ the technique, the passing and the shooting to unlock resolute teams. With only one game gone it is too early to question Dalglish, but Liverpool fans take note, since Kenny became the official manager, they have not won a competitive game.

Despite a “Summer Horribilus” Wenger has kept a positive outlook. With his two most creative players set to depart, we could excuse Wenger a press conference tantrum, but he has remained resolutely positive, but as we saw at St James Park on Saturday, this will not win him many games.

Lack of creativity is one tag rarely thrust upon Arsenal, but Saturday night they were dire. A clearly unfit Robin Van Persie, without the support of Cesc Fabregas and Samir Nasri was isolated and his last minute speculative strike from distance summed up the Gunners, way off the pace. Arsenal’s faint title hopes will be extinguished within weeks if Wenger doesn’t spend his newly acquired millions wisely.

Another team in serious need of a quality injection is QPR, who were thrashed 4-0 by a mediocre Bolton at home. Manager Neil Warnock may have signed a decent strike pairing in DJ Campbell and Jay Boothroyd, but no amount of optimism can add defensive ability to players like Danny Gabbidon, Clint Hill and Fitz Hall.

Wigan has established themselves as a Premier League club by buying cheap and selling big. Emile Heskey, Lee Cattermole, Wilson Palacios, Antiono Valencia and Charles N’zogbia have all been sold in recent seasons yet Wigan remain a Premier League team. The secret behind Wigan’s success is a good scouting technique and a manager/chairman combination that gives players time to blossom.

Obviously, there have been some failures, but the ethos remains the same and Wigan boast a status that West Ham, Middlesbrough and Leeds all covet. Moses, a former Crystal Palace man enjoyed a great opening day to the season and was a constant problem for new boys Norwich. The outcome of Wigan’s season will surely rest on his young shoulders and those of Colombian Hugo Rodallega.

4. Fernando May Be Back, but Chelsea’s Issues Are The Same.

Last season Fernando Torres’ lack of touch and pace had us questioning whether he could still be classified a top class striker. At the Britannia Stadium, Torres finally showed that he is edging back towards his best. Collecting the ball with his back to goal, he brought his teammates in to the game and when he was facing the goal his movement and directness troubled Stoke’s defence.

Torres, however was all alone in the opposition third, the supporting cast of Florent Malouda, Saloman Kalou and Frank Lampard offered the Spaniard no help from wide our through the middle. The introduction of Nicolas Anelka and Dider Drogba only served to remind us that a few years ago, even an extremely physical side like Stoke would have been overpowered by the blues, but that is no longer the case.

It looked as if Manchester United’s English heavy starting 11 were heading for a typical England performance, a lot of hype amounting to very little, but the new look Red Devils showed us that they are still cut from the same cloth.

An inspiring first 15 minutes had as all thinking the Premier League was over but West Brom, with a little help from keeper David De Gea levelled the game. The Spaniard once again failed to fill Edwin Van Der Sar’s gloves, but with a team that refuses to give up, he has been given another reprieve.

Ashley Young was United stand out player and the wingers 81st minute deflected goal was deserved, the former Villa winger was the debutant of the weekend by a country mile.