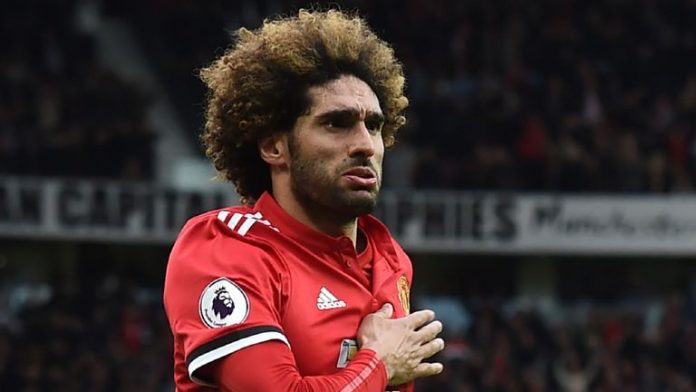 Another week is in the Premier League record books and the latest round of games provided plenty of areas for discussion.

Liverpool, Chelsea and Watford maintained their 100% records, while West Ham are rooted to the foot of the table after another disappointing result.

Sportslens takes a look at the major talking points from over the weekend.

Jose Mourinho’s decision to keep Marouane Fellaini at Old Trafford didn’t meet with universal approval amongst Manchester United fans, but the midfielder showed the wisdom of that choice at Burnley on Sunday.

Often viewed as United’s Plan ‘B’ coming off the bench, Fellaini excelled in a deep-lying role at Turf Moor, providing a shield in front of the defence.

That extra insurance could become a more regular feature over the next few weeks, helping to compensate for United’s failure to sign a top class centre-half this summer.

Unai Emery’s decision to play Pierre-Emerick Aubameyang and Alexandre Lacazette together was rewarded as Arsenal ran out 3-2 winners at Cardiff City.

The pair both got on the scoresheet and gave the Gunners a much more threatening look in the forward areas.

Lacazette was particularly impressive, leading the line well and bringing his teammates into the game. Hopefully the duo will now get an extended run in the side alongside each other.

Spurs star off the pace

Tottenham striker Harry Kane has had a quiet opening to the new season and he was unimpressive at Watford on Saturday.

The 25-year-old seemed to run out of steam for England at the World Cup and he looks way off the sort of form that terrorised defences last season.

Kane would probably benefit from a break, but whether Spurs can afford to pull him out of the firing line is another matter.

Alisson gets away with one

The use of a “sweeper-keeper” has become fashionable in modern football, but Liverpool’s Alisson highlighted why it can be such a risky game to play at Leicester City on Saturday.

His attempted spin away from Kelechi Iheanacho ended in disaster as the Foxes forward nicked the ball to set up Rachid Ghezzal.

The Reds still won the game, but the Liverpool stopper can’t afford to make many more of these types of blunders if the club is to be successful this season.

Woeful Hammers in a pickle

Manuel Pellegrini insisted that he wasn’t panicking after West Ham United’s home defeat against Wolverhampton Wanderers – he should be.

Despite spending £100 million on nine new players, they have lost their opening four fixtures for the first time since 2010/11. They were relegated that year.

West Ham’s next three games are Everton (A), Chelsea (H) and Man Utd (H). Zero points at the end of September is a big possibility.