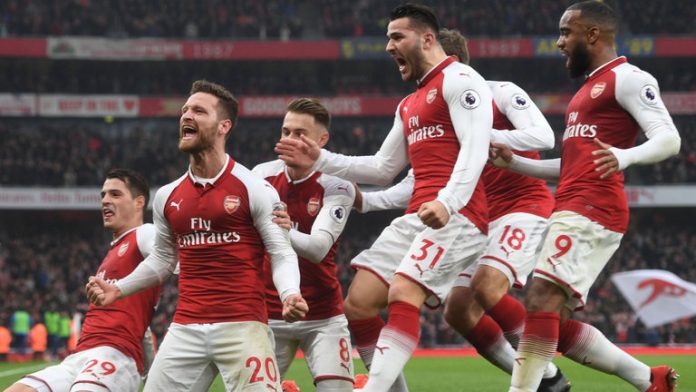 The Premier League came back with a bang after the international break, providing plenty of issues to discuss for fans across the country.

The North London derby, Paul Pogba’s influence on Manchester United and David Moyes’ disappointing start to life as West Ham United manager were amongst the headlines from the 12th round of games.

Sportslens looks at five of the weekend’s biggest talking points.

Arsenal thoroughly deserved Saturday’s 2-0 victory over Tottenham Hotspur, although their fired-up display must have left fans scratching their heads.

The Gunners are still sixth in the table, but if they can produce this level of performance against Spurs why aren’t they doing it every week?

Winning the bragging rights in the twice a season d*** waving contest against their local rivals is all well and good, but unless it leads to a title success it means absolutely nothing.

Paul Pogba was back in the Man Utd line-up after 12 games out injured for their match against Newcastle and he immediately showed his value to the team.

Manager Jose Mourinho’s frustration at Pogba’s absence has been clear to see over the past few weeks, but the French midfielder looked in excellent shape on Saturday.

He set up Anthony Martial for his first-half goal, before getting on the scoresheet himself after the break. United trail Manchester City by eight points, but with Pogba back in the side they shouldn’t be written off just yet.

Tony Pulis guided West Bromwich Albion to tenth last season, but they’ve failed to match that form this time around.

Chelsea ran riot on their way to a 4-0 victory at The Hawthorns, and the home fans made their feelings known at half-time and full-time.

The result left the Baggies one place above the drop zone and Pulis is now odds on to be the next Premier League manager to leave his post.

Salah proving his worth at Liverpool

Mohamed Salah’s move from Roma to Liverpool last summer went a little under the radar, but the forward now looks one of the best buys of the season.

The Egyptian curled high into the net from 18 yards for the opening goal against Southampton and he finished off a fine Philippe Coutinho pass to double his tally before half-time.

Salah didn’t make much of an impact during his previous stint in the Premier League at Chelsea, but he appears to have improved significantly since then.

If David Moyes hadn’t realised the size of the task he took on at West Ham he certainly will after a disappointing 2-0 defeat at Watford on Sunday.

The Hammers did create some chances, but the home side controlled the bulk of the game and fully deserved the three points.

Moyes was unable to halt Sunderland’s slide out of the Premier League and he could be set for a similar fate with West Ham this season.