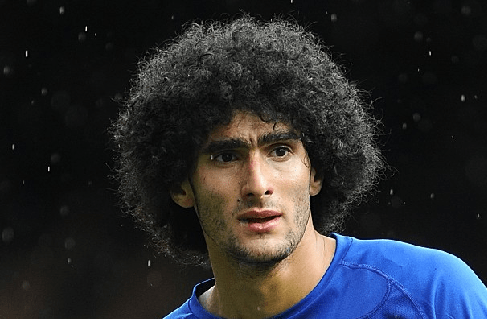 Arsenal have boasted big time about their new financial pulling power, which Ivan Gazidis says means they can compete for nearly any player they want in the transfer market.

One such player is Everton’s Marouane Fellaini but the logistics of pulling off a deal for the Gunners could be far more difficult than they realise.

There are several reasons why Fellaini may not jump at the chance to go to Arsenal but he will definitely be on the move after stating last season, he would only stay with Everton if they finished in the top four and secured Champions League football.

Here are five main reasons why Arsenal won’t be his destination.

Fellaini has enjoyed a more forward position at Everton, playing in a more advanced role which has allowed him to give in to his more attacking tendencies.

He scored 11 goals last season as a midfielder from his Premier League appearances which is a tally that most other players would kill for.

Arsenal would buy him and use him as a defensive player, because they already have so many talented players forming the creative aspect of their team and that’s a role Fellaini may not want to go back to.

Although Gazidis has made it clear the Gunners can now pay big fees, it’s unlikely that Arsene Wenger will go back on his recent transfer history for the sake of signing a player he sees as a defensive midfielder.

The base rate would be £20 million rising to around the £25 million mark or just enough to trigger the buy out clause in Fellaini’s current deal.

However, if another side comes into the equation, Manchester United for example, that price could edge up closer to £30 million, raising the question over whether Wenger is really happy to pay that much for a someone he’s going to use as a holding midfielder. 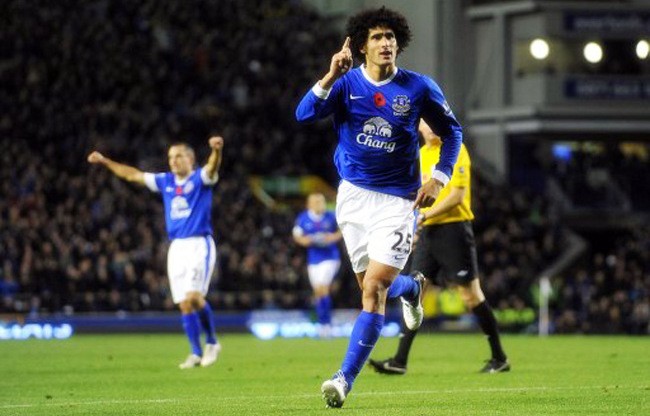 Another point about money and the obvious case that Fellaini can protect himself better, earning a higher wage deal if he goes to a club like Manchester United or Chelsea.

Wenger decides roughly what his players should be paid and that’s created a socialist wage structure at Arsenal, which has been heavily criticised by some sections of their support base.

Football is about money now more than ever before and it’s always going to be a factor in the decision of any player looking to leave a club for a higher profile side.

In Fellaini’s mind he wants to win things, which professional football doesn’t want to win silverware?

He won’t see Arsenal as his most immediate chance of doing just that because the Gunners haven’t won anything since 2005.

A move to Manchester United, Manchester City or Chelsea presents a much better and more immediate chance for him to start adding medals to his collection which is significant as he’s already in his mid-20s.

Fellaini bought a house in Manchester last season, which he said at the time was to get away from the exposure and the attention that he received constantly in Merseyside.

He was apparently less recognisable in Manchester but it’s a massive opportunity which either of the two big Manchester clubs can take advantage of.

It saves a lot of upheaval in terms of the Belgian having to move his life, friends and family down South to London and it will be a factor in his first move to one of the mega clubs in English and European football.