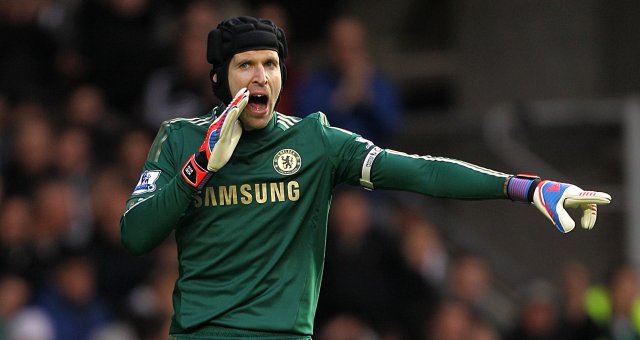 It is around this time of the year that managers have had a look at how their team has performed over the opening 6 or 7 games and they are already drawing up a potential wish list of players that they would like to see arrive in the January transfer window.

While some clubs will be more than happy at the start they have made to the season, others will be seeking the pieces they feel they need in order to reignite their season after a slow start.

With that in mind, let’s take a look at some of the five biggest transfers likely to happen in January 2015.

1. Mesut Ozil from Arsenal to Bayern Munich for £30m

Ozil may be out with an injury at the present time and unlikely to return to the Gunners first team before the New Year anyway, but has he already played his last game for Arsenal? There’s lots of stories this week circulating that Ozil is a January target for Bayern Munich with a £30m price tag mooted for the German international to return home.

Ozil has already scotched the rumours that he will be leaving in January by reportedly stating that he doesn’t want to go back to Germany. But given Arsenal’s abundance of talented midfielders and the fact that Ozil’s performances have been erratic during his stay at the club, would Arsenal sell if Bayern did make a firm offer of £30m next January?

Sources in the newspapers suggest that £30m seems to be the going price for Ozil, which means Arsenal have taken a £12m hit on the player over the last season and a half, if he leaves at the stated price (Bayern Munich are 9/1 to re-sign Ozil).

2. Juan Mata from Manchester United to Juventus for £20m/30m

There’s growing traction in this rumour that Manchester United boss Louis van Gaal wants to reshape his midfield and that Spaniard Juan Mata could be the man to make way. Of course, Mata was only signed in the last January transfer window by former Manchester United boss David Moyes in a £40m deal from Chelsea, so another January move would be a huge shock.

However, there is no doubt that in van Gaal’s preferred system at United, Mata is something of an expensive fifth wheel. United are known to be admirers of Juventus’ Chilean midfielder Arturo Vidal (see below) and it has been mooted that Mata could be involved in a swap deal which brings the Chilean to Old Trafford.

Swap deals however are notoriously difficult to negotiate and as such, I’d envisage a straight cash transfer is Mata is to be sold, joining another ex-Manchester United man, Carlos Tevez, in Turin. Juan Mata isn’t currently one of the players you can bet on to move clubs soon but mark my words… it could happen!

3. Arturo Vidal from Juventus to Manchester United/Arsenal for £30m

If Mata is allowed to leave Old Trafford for Juventus, then that would signal the likelihood of United stepping up their interest in Juventus’ talented Chilean international Arturo Vidal, though it is believed also that Arsenal could well be interested (especially if they have offloaded Mesut Ozil to Bayern Munich in the meantime).

This is one of these situations where one transfer has a domino effect on others. I think if Ozil leaves Arsenal and Mata leaves United for Juventus, then both United and Arsenal could be locked in a bidding war for the Juventus star.

However, if Ozil stays, or Mata stays, then I think Vidal becomes a more difficult signing to make for either club. If my money was going to be on a move for Vidal this January then it would be on a move to Old Trafford, with perhaps Mata making the return journey to Turin.

4. Kevin Strootman from AS Roma to Manchester United for £40m

Also linked on from the transfers above is Manchester United’s pursuit of AS Roma’s Dutch international midfielder Kevin Strootman. The former PSV Eindhoven ace is currently out injured, but Manchester United manager Louis van Gaal is a big admirer of the man he coached as Netherland manager and it is thought that if he can broker a Mata/Vidal swap, he’d still have enough funds at his disposal to make a big move for Strootman.

Of course, taking a £40m punt on a player who has been out injured for a considerable time with a knee injury is a risk, especially as Strootman has only just returned to training with the first team in the past week. There’s also the news from Rome where AS Roma have reportedly offered Strootman a lucrative new deal in the hope of getting him to commit long term to the club and the posturing from AS Roma stating that they will not sell Strootman.

However, many experts believe that money will talk and that if Roma receive an offer around the £40m mark, they will sell. United it seems know that and the only question remaining is whether Louis van Gaal will make his move in January, or wait until Strootman has had around half a season to prove his full return to fitness.

However a fully fit Strootman will attract a host of other clubs, notably Real Madrid, and that may push his price up, something which United are acutely aware of and which may seem them attempt to broker a deal from January, perhaps with Strootman staying on loan at Roma until the end of the season.

5. Petr Cech from Chelsea to Real Madrid for £10m/Loan

Real Madrid are in for a keeper and if you believe the hype in the press, they want to spend £30m on Manchester United’s David de Gea. However, United are thought to be ready to offer the new Spanish number 1 a long term lucrative deal to get him to commit his long term future to Old Trafford.

With that in mind and the likelihood of United selling de Gea very slim, Real will likely turn their attention to another world class keeper, but one who is more readily available. Chelsea’s Petr Cech (currently 4/1 to sign for Real Madrid next).

Having lost his place in the Chelsea team to young Belgian Thibaut Courtois, Cech is believed to be far from happy at Stamford Bridge and a move away in January, maybe likely.

Mourinho however won’t want to sell to a British club so a move abroad looks likely and the only top team in need of a keeper of Cech’s quality, and who could afford his wages, are Real Madrid. Carlo Ancelotti has worked with Cech in the past and knows his talents would be an upgrade over the erratic and out of sorts Iker Casillas.

It’s possible Cech could go on a loan deal for the time being with a deal brokered at the end of the season, or if the asking price isn’t too high for a 32 year old keeper, I’d see Real pulling the trigger on a deal around the £8m to £10m mark in January.

Cech has also been linked with PSG (currently 8/1 2nd favourites as Cech’s next club) but the move to Real Madrid seems to make more sense in my mind.