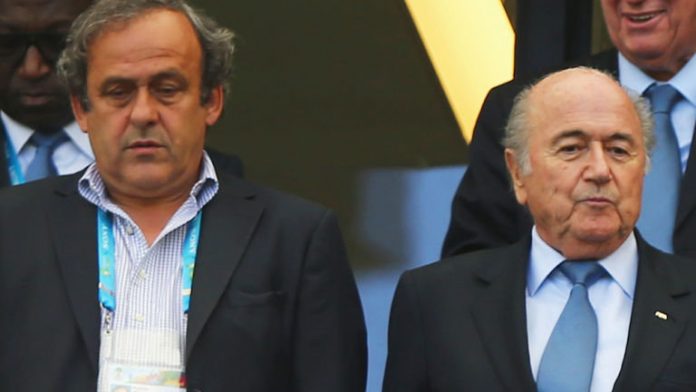 FIFA president Sepp Blatter and UEFA president Michel Platini are likely to receive lengthy suspensions of least seven years, according to reports from The Guardian.

Blatter and Platini will have disciplinary hearings before the Fifa ethics judge Hans-Joachim Eckert in Zurich on Thursday and Friday, over a £1.3m payment made to Platini by Fifa in 2011 and signed off by Blatter.

The report says Blatter’s case will be heard on Thursday, while Platini will appear for the disciplinary hearings on Friday.

For those who do not know on what ground they are being charged, here’s the summary:

When a sum of 2m Swiss franc was made to Platini in February 2011, it raised eyebrows. Both Platini and Blatter said the payment was honouring an agreement made in 1998 for a work carried out between 1998 and 2002 when Platini worked as a technical advisor for Blatter. They insisted it was an oral agreement, as the payment was not part of Platini’s written contract.

US federal prosecutors are conducting another parallel investigations into FIFA’s financial conduct, and as per the report, twelve people, 27 soccer officials and two sport marketing companies were convicted.

The investigation is also looking at the flow of suspicious money coming into FIFA’s account through banking system. Swiss banks UBS and Credit Suisse say they have received inquiries from authorities concerning their banking relationship with power people linked to FIFA.