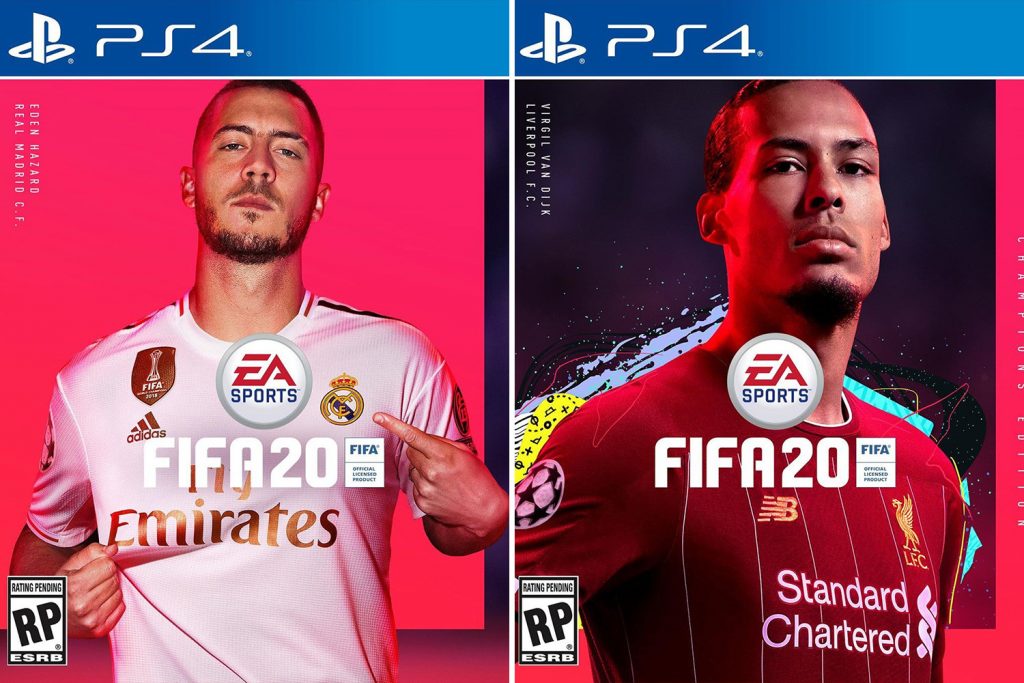 FIFA 20 might have its share of ups and downs, but one thing that will never get boring is to pick out young players and nourish them into world-beaters in career mode.

Just like the last few seasons, there are some bright young talents with the potential to become among the best players in the game a few years into career mode.

These players are available for (relatively) cheap fees and despite their lower overalls are perfect to sign quickly for long-term success. They also become highly entertaining to play with, having all sorts of tricks to unlock one by one.

Here we’ll look at the best U-18 players you can choose from in the game with our own starting XI consisting of the best teenagers available in FIFA 20.

The format for this is quite simple:

Players must be aged 18 or younger
Only the potential OVR will be considered
Formation: 4-2-3-1.

So let’s get things started, shall we?

Manchester City’s young goalkeeper Gavin Bazunu won’t bring you any immediate return, but with a potential overall of 86 he’s one which should intrigue every beady-eyed FIFA manager.

Marten Vandevoordt(17, Genk) and Carlos Olses(17, Racing Club) are both currently rated higher than him and have the overall potential in the mid-80s. Vandevoordt boasts the best diving and handling ability while Olses has superior reflexes to either one in FIFA 20.

Bazunu moreover doesn’t have superior attributes than any, which means you can’t even opt him a backup goalkeeper. However, he rises the quickest to soon become among the best goalkeepers in the game, and is available for just around €827k.

On the right-back role, FC Porto’s wonderkid Tomas Esteves shines through with an impressive potential rating of 87 going forward in FIFA 20.

Liverpool’s Ki Jana Hoever is another fast grower in FIFA, having the capability to quickly surge into the mid-80s into a dynamic full-back. However is better aggression and interception attributes, but Esteves shines through with superior sprint-speed, crossing and finishing.

The Porto kid is much potent to work as a marauding full-back in the near future during career mode, while his stunning potential makes him a must-buy in this role.

To be Arsenal defender William Saliba is just a no-brainer in FIFA 20 thanks to his amazing 88 potential, automatically making him the best young investment in defence.

For the second place to be his partner, we’re going with the options of Nicolo Armini(18, Lazio), Ethan Ampadu(18, RB Leipzig/Chelsea) and Sepp Van den Berg(17, Liverpool). Armini takes the cake when it comes to superior sliding tackle, standing tackle and intercepting ability.

However, Ampadu is much better when it comes to passing the ball and with his jumping/reaction attributes. He also has the highest overall potential with 86, so going with this ball-playing defender seems the best choice.

Paris Saint-Germain academy product Arthur Zagre really stands out as probably the best up and coming left-back with an overall potential of 83!

Even at 17 with initial 62 overall, he has some sizzling attributes such as 83 acceleration, 90 balance and 85 agility to storm forward down the left. He works brilliant as a fiery left wing-back, but Joshua Vagnoman provides stiff competition with his uniqueness.

Indeed, the Hamburg SV product has the overall potential of 84 and can operate as left-back, left-winger as well as a right-back! His 76 strength, 72 stamina and superior 86 sprint speed makes him a future gem in FIFA 20.

AS Monaco’s Enzo Millot is guaranteed to become a bonified midfield general in FIFA 20 career mode, with the overall potential of 86 making him a must-buy.

For the other spot in our midfield, we have a tree way tie between Lucien Agoume(17, Inter Milan), Ryan Gravenberch(17, Ajax) and Andres Perea(18, Atletico Nacional). Agoume and Gravenberch are both tied with overall potential of 85, while Perea is at around 83.

While the Colombian is superior with his acceleration and stamina attributes, the other two are much better in temrs of creativity or just bursting forward with the ball. Agoume has an impressive 69 vision, 66 ball control and 65 short passing which prove his playmaking traits.

However, Gravenberch manages to oust him with better passing attributes, ball control, agility and sprint speed and with similar vision attributes. So the Ajax man is the more tenacious midfielder to be the midfield wizard going forward.

So the right-wing slot is absolutely packed with competition thanks to the brilliant Takefusa Kubo(18, Mallorca/Real Madrid), Bukaya Saka(17, Arsenal) and Jeremy Doku(17, Anderlecht).

Kubo is an absolute beast in the game with an 89 acceleration attribute, 83 agility, 79 dribbling and 73 free-kick accuracy. While Saka is also very quick, it’s his shooting power and superior finishing ability which gives him the edge over his peers.

Doku, on the other hand, is an absolute speed monster with 88 acceleration, sprint speed, 93 agility and 87 balance as well. Want to race through on goal? Go for him. However, Kubo’s the complete package with an overall potential of 87, which makes him a must-pick.

On the other flank, we have some real dynamites in our hands as well. Sporting’s Gonzalo Plata is all green when it comes to dribbling ability or pace through the wings, with an impressive potential 85 rating!

While Marin’s 81 acceleration, 76 dribbling and 64 vision is all very enticing, Rodrygo is a different specimen. With an overall potential of 89, he can develop into the best left-winger in FIFA 20 very soon.

He’s unreal with 86 acceleration, 87 agility and 81 dribbling, which means we’re pairing him with his (future) Real Madrid team-mate.

Our Picks: Rodrygo and Takefusa Kubo

Almada is an impressive dribbler with 76 dribbling mixed with 89 balance, 88 agility and 87 acceleration attributes. While Szoboszlai isn’t as pacy as him, he’s definitely more creative with his superior vision and passing attributes while also having a better shot on him.

With an overall potential of 89, the Salzburg man should be snapped up for a low fee very quickly.

To lead our team, we have a two-way tie between Manchester United’s blooming youngster Mason Greenwood and Sparta Praha’s 16-year-old Adam Hlozek.

These two are neck and neck with 68 position and 67 finishing attributes, but Greenwood’s superior pace attributes make him a quicker player to operate with.

However, Hlozek has much better dribbling and ball control attributes, which make this a difficult one to pick. We’ll trust Ole Gunnar Solskjaer’s intuition of Greenwood being the one of the best finishers he’s ever seen and the 17-year-old 87 overall potential is also a thing of beauty.

These are the best youngsters you can buy in FIFA 20 in their respective positions.

For more player stats, make sure to check out the FIFA 20 top 100 player list.