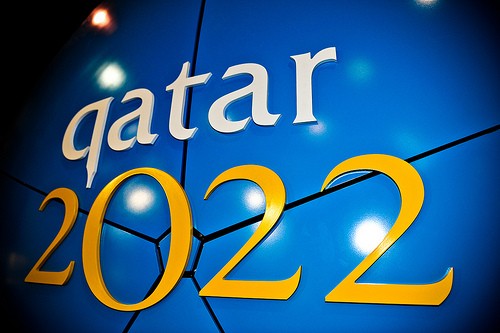 The discussion of human rights in the Middle East often orientates around the poor treatment of migrant workers, and the negative effect the World Cup has consequently had on this, with there being hundreds of deaths so far. However, it must also be argued that Qatar’s treatment of migrant workers is not an isolated incident, and must be looked at within the context of the region as a whole. Further to this, it could be said that the World Cup in Qatar is positive, as it has placed working rights of migrants on the global agenda, which otherwise would have been ignored.

For example in August, Qatar had introduced new reforms which ensures that workers received their money on time, with them now being paid on a fortnightly basis straight into an electronic bank account. This reduces the opportunity for companies to exploit them by reducing their wage, or holding onto some of their money for unexplained reasons. In 2013, it was recorded how a fifth of blue-collar migrant workers failed to receive their payment on time, so the Qataris must be praised for trying to address this.

Even Amnesty International who had previously criticised the Gulf State for being slow at making changes, praised this reform.

Alternatively in Bahrain, once foreign workers began their period of employment, they were forced to leave their passports with their bosses. Whilst the official line is that this is because it clamps down on illegal migrants working due to there being regular checks, it just further exploits the foreign workers who are now in a situation where they cannot flee from their workplace if they are abused, as they don’t have their own documents which would allow them to re-enter their own country.

In contrast, by the end of 2015, Qatar aims to eradicate this scheme which means that employers have a right to hold onto passports.

However, on the whole employment in Bahrain tends to be well-paid, and often includes transport to the workplace, and accommodation. Whilst these reports might suggest that life in Bahrain is positive, we might consider that it doesn’t explain the standard of care which must be provided. For example, in Qatar the accommodation which was given to the worker was overcrowded and unhygienic, but has since been addressed.

There is no doubt that even in 2013, conditions in Qatar were poor. But these recent reforms and with the global spotlight being focused on the region, the 2022 World Cup hosts have made sweeping changes to the way they allow foreign workers to operate, including an improvement in living conditions. For example, earlier this month the Labour City was declared open which can accommodate 100,000 workers in a safe, open environment with recreational areas including 4 cinemas, a theatre, a cricket ground and over 200 shops. The buildings also operate on the highest international level of safety, which is a welcome measure for a country who are thought to be great violators of human rights.

Of the 1.8 million foreign workers in Qatar, 250,000 them are directly involved in preparations for the World Cup, which shows the enormity of the project. As mentioned earlier, the kafala system ensured that a foreign worker was sponsored by their employer which led to exploitation, but has been eradicated since. This matches the rest of the United Arab Emirates, where a kafala is not needed due to the freedom of trade movement. Although, there was a delay in introducing this in February and got pushed back until August angered many human right activists.

In the whole region, construction projects are in the middle of a boom, with billions of American dollars being spent on improving the infrastructure of countries such as Saudi Arabia, Bahrain and Qatar. In Saudi Arabia for example, there will be the introduction of 4 railways which is expected to cost $50 billion alone, as well as the revamped mosque in Mecca which will act as a hotel, and is rumoured to be able to host 2 million people at a total construction cost of $29 billion.

However, Kuwait have remained absent from this investment process, with the political differences in the country making it hard to spend these extravagant sums of money.

What is interesting, is how the World Cup has propelled this issue to the global stage. In 1992, 58% of the workforce in Bahrain were migrant workers, whilst currently 30% of Saudi Arabia’s population are immigrants, yet this issue of working rights never entered popular discussion. Only in this moment which is tinged on the backdrop of FIFA corruption, are we finally recognising the progression of human rights which are slowly being positively transformed in the Middle East.