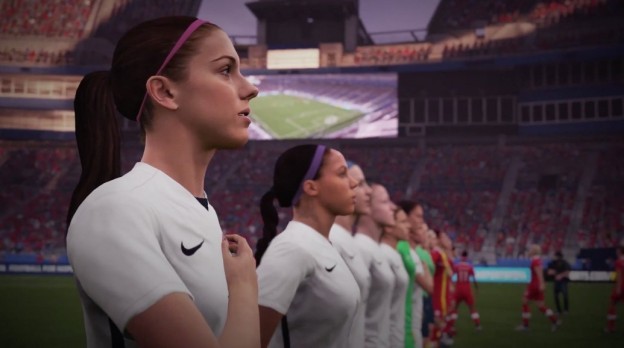 The trailer for the new edition of the bestselling FIFA video game franchise was unveiled at the E3 conference last week at the Los Angeles Convention Center.

There is much to be excited about with the new edition of the game. FIFA made waves long before E3 with their announcement just before the start of the Women’s World Cup in Canada that women’s national teams would be featured in the game for the first time.

The inclusion of women’s players marks the first time ever that women will be represented in a console soccer video game. Among the twelve total national teams included in FIFA 16 are the United States, England, Brazil, Germany, and France.

The inclusion of women’s teams is a long overdue step in the right direction for FIFA, who motion-captured a number of women’s players at their Vancouver studios to accurately portray and replicate the intricacies of the women’s game.

Although much of the buildup to the game, which will be released all over the world in late September, has been focused on the inclusion of female players, the E3 trailer showed plenty of new improvements around other aspects of the game.

Those improvements include teasers for new stadiums for Marseille, Borussia Monchengladbach, and the Seattle Sounders, as well as graphical improvements in the game’s third year on next-generation consoles. 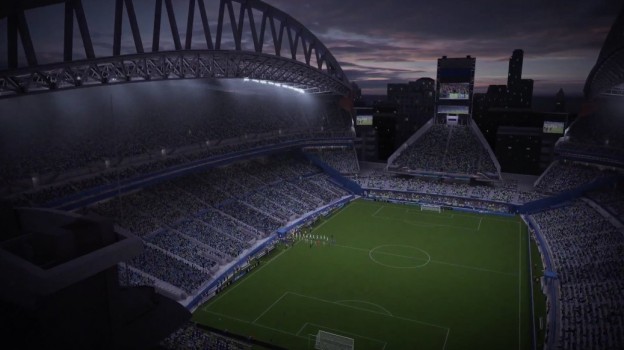 Among the gameplay improvements promised for the game are a new defending system with improved logic and tackling. There are also improvements in midfield play, where passing and intercepting have more variation and purpose.

There is also a new training system for new players. FIFA has focused on balancing the game to make players with speed somewhat less effective, and make crossing just a little bit easier after that facet of the game was particularly difficult in FIFA 15. Full Premier League integration is expected to return as well, while vanishing spray will be in the game for the first time.

FIFA 16 shows plenty of promise. The news should continue throughout the summer. Soccerlens will continuing full coverage up until and throughout the release of the game in September.