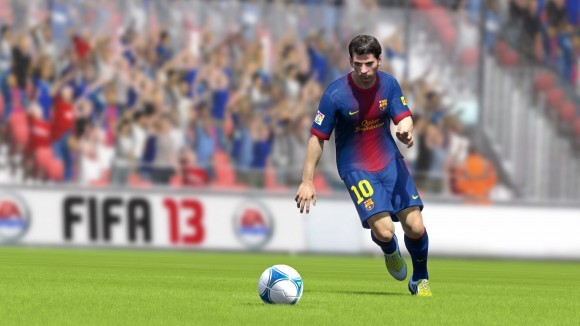 FIFA 13 is due to be launched on 28th September 2012 in Europe four new game-play features. The ‘player impact engine’ expands physical play to off-the-ball battles between players. Defenders will be able to use their size and strength to force opponents into poor touches before the ball arrives.

With FIFA 13’s ‘tactical free-kicks’, you can create dangerous and unpredictable free-kicks. Up to three attacking players can be positioned over the ball and utilize dummy runs. Opponents can counter by adding or subtracting players in the wall, creeping the wall forward or send a man forward to block the shot.

The ‘attacking intelligence engine’ you can analyze space and think two plays ahead. Players can now curve and alter runs in order to capitalize on any new openings as they occur. Finally, the new mini skill games in FIFA 13 let you test your dribbling, shooting and passing in the arena and compete with friends for better scores.