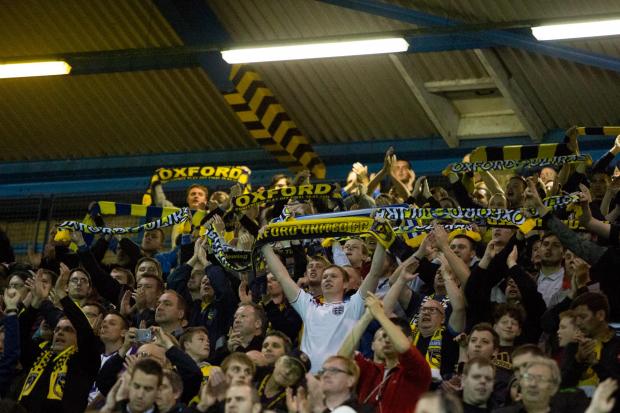 Holders Arsenal will face Burnley in the fourth round of the FA Cup at the Emirates Stadium, while Manchester United will play away at Derby County.

Last year’s runners-up Aston Villa need to overcome a challenge from Wycombe Wanderers, after drawing 1-1 in the third round, and should Remi Garde’s men beat them in the replay, they’ll be rewarded with a massive task of hosting Manchester City.

Jurgen Klopp admitted that he will continue to trust his young guns in the FA Cup replay with Exeter City at Anfield, and should they progress, the Reds will meet West Ham in the fourth round.

Oxford United will get a chance to extend their dream run in the FA Cup after drawing the winner of Newport County and Blackburn Rovers on Monday, while Chelsea will take on Northampton Town or MK Dons.

Crystal Palace face Stoke City in the next round in an all encounter Premier League clash, while Watford travel to Nottingham to face Championship side Forest.

Tottenham are still in the competition, after managing a draw against Leicester City in the 3rd round, and whoever wins the replay will play away at Colchester United in the 4th-round.

Take a look at the full of fixtures released for the FA Cup fourth round following Monday’s draw:

Big games usually get the broadcasting rights, and sports reporter and commentator Ian Abrahams, predicted which are the fixtures likely to be televised:

Arsenal defender Hector Bellerin insisted that the Gunners are looking to win the Premier league and cup double this season.

The Gunners knocked out Sunderland in the 3rd round of the FA Cup, and face Burnley in the next round. The North Londoners are looking to create a history by winning the FA Cup for the third consecutive seasons.

Arsenal made their league double over Burnley in 2014/15 – the last and the only time The Clarets participated in the top-tier of the English football.

Both the sides met in FA Cup in 2009 – a game Arsenal won 3-0 – where former player Carlos Vela scored this outstanding goal.

Burnley, however, won 2-0 against Arsenal in 2008 in the League Cup, and they will hoping to produce a similar result again.

Oxford vs Newport County or Blackburn

One of the highlights of the 3rd Round FA Cup tie was Oxford’s 3-2 win over Swansea City. The Swans were cruising 2-0 at half time, when the fightback from Oxford began, resulting in a dramatic cup upset.

The football league two side can go further in the competition, should they win against fellow League Two side Newport or Championship strugglers Blackburn. 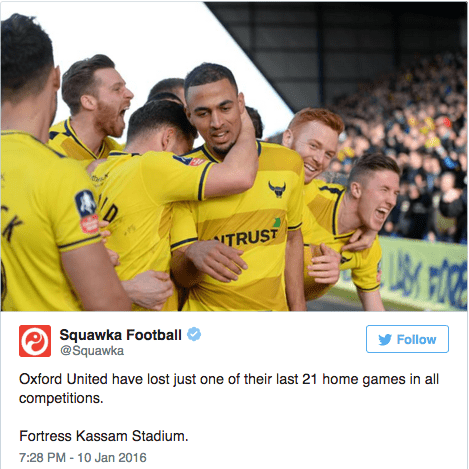 What gives them an extra advantage for the upcoming tie is their impressive home record.

Kassam Stadium has turned into a fortress ground for them this season, as Oxford have just lost once in their last 21 home games in all competitions, per Squawaka Football.

The Championship side are flying high in the league and can pose problems to United, who scraped through the third round with a late penalty goal coming from Wayne Rooney against League One side Sheffield United.