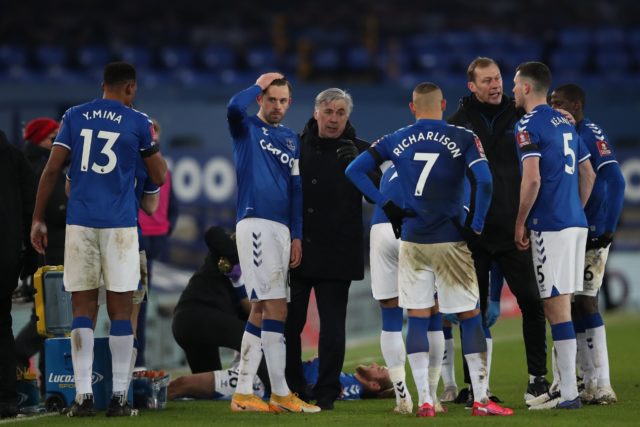 Lineker, who represented both Everton and Spurs during his playing days, hailed the classic as a ‘belting game’, suggesting the result could’ve gone either way.

Belting game and a great win for @Everton but it could’ve gone either way. Football is so much more enjoyable when both sides just go for it. Well played all. 👏🏻

Carlo Ancelotti’s side showed great fitness and mental toughness as Bernard – who was heavily linked with a move away from Goodison Park in the January transfer window – scored in the seventh minute of extra-time.

Former Premier League player Don Hutchison also spoke about Everton’s fitness after the game. Abdoulaye Doucoure and Tom Davies were simply outstanding in the middle of the park for the Toffees.

Dominic Calvert-Lewin restored parity before Richarlison and Gylfi Sigurdsson put Everton in command, with the Iceland midfielder scoring from the spot.

Erik Lamela pulled one back for the visitors, and Sanchez again got his name on the scoresheet to make it 3-3.

Richarlison restored Everton’s advantage in the 68th minute following a brilliant individual effort. Harry Kane, who came on for Steven Bergwijn in the second half, equalled for Spurs with a far-post header after being picked out by Son Heung-Min.

However, the drama was not over yet. Bernard, who came on for Alex Iwobi, scored the winner beating Hugo Lloris with an angled finish.

The injury to Calvert-Lewin will be a big concern for Ancelotti, but the Italian should be very pleased with this effort and especially the return to form of Richarlison.