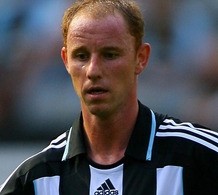 Nicky Butt, formerly of Newcastle United and Manchester United, has confirmed he is exploring the option of coming out of retirement in order to sign for Hong Kong side South China, in a reported £200,000-a-week deal.

The midfielder was invited to train with and play one match for the Hong Kong First Division champions for a week, a chance he jumped at. And if all goes to plan, he will stay on until the end of the current season.

35 year-old Butt retired at the end of last season after helping Newcastle United secure promotion to the Premier League. Previous to that he won six Premier League titles, two FA Cup titles and the Champions League with Manchester United.