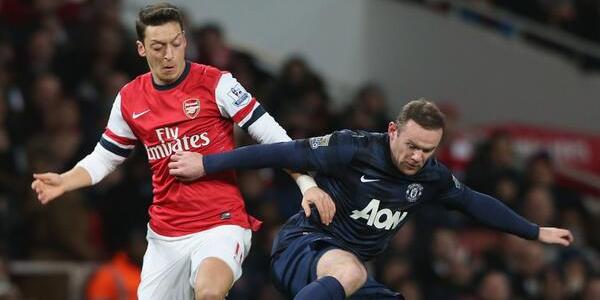 Former Arsenal star Lauren is convinced that the North London club will edge out the likes of Chelsea, Manchester City and Liverpool and win the Premier League this season.

Lauren was one of the key members of the Arsenal side that won the Premier League for the last time under Arsene Wenger in 2004. The defender believes that if Arsenal can keep their focus game-by-game, then not only the Gunners have a chance of lifting the Premier League title but could go further in the FA Cup and Champions League as well.

“I’m not just saying that because they’re at the top of the league. I was saying it in September. This team is growing in confidence and belief. I think it’s between Arsenal and Manchester City.”

The Gunners are not only fighting for the Premier League title, but are battling for other trophies as well. They will face Liverpool in the fifth round of the FA Cup on Sunday at home and will face Bayern Munich in the two-legged Champions League knock-out ties later this month.

“At the moment the team has to think about the FA Cup and the Champions League as well but they must focus. The season so far has been unbelievable and the team have to keep going and take it game by game. If the team start to think about Bayern we’re not going to win anything.”

Although, Lauren is absolutely convinced about Arsenal’s title chances, there are still doubts remain whether they can go all the way, especially their season could take a dramatic twist this month, should the big results go against them.

They’ve suffered a heavy defeat at the hands of Liverpool last weekend while Manchester United secured a draw at the Emirates last night.