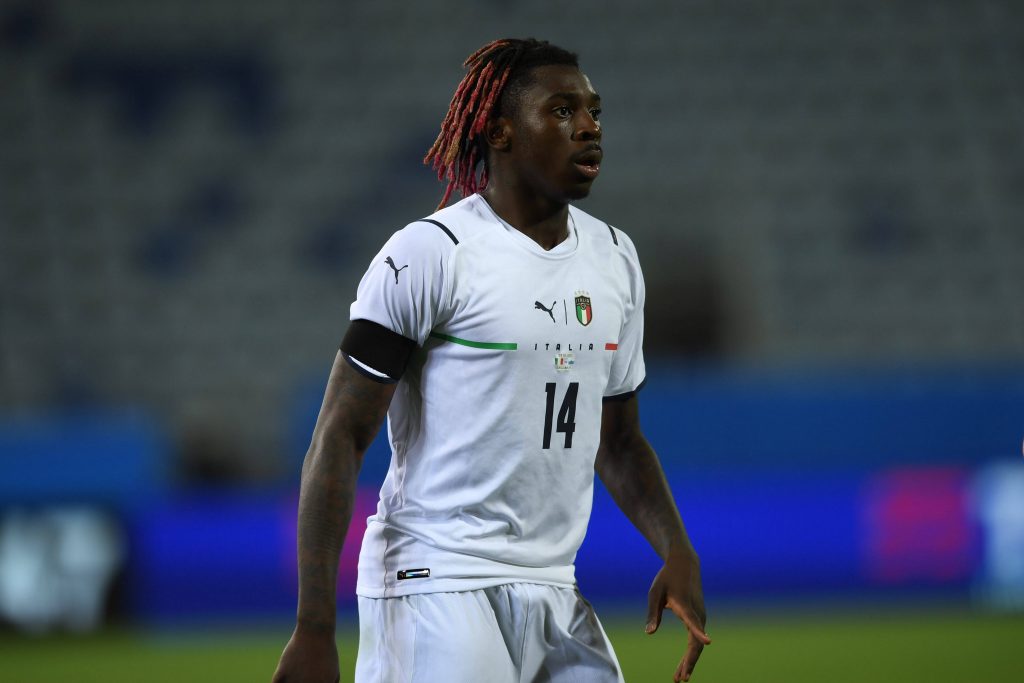 Paris Saint-Germain are reportedly still interested in securing another loan deal for Moise Kean this summer.

The Everton striker spent last season on loan with PSG and highlighted his quality with 13 goals in 26 league games.

His future is currently unclear, with transfer expert Fabrizio Romano claiming that his parent club are waiting to appoint a new manager before making a decision.

PSG are still negotiating with Everton for Moise Kean. As reported days ago it’s only loan proposal and NO permanent transfer, no €40m bid as of today. 🔵 #EFC

The deal is now stalling because Everton want to wait for the new manager before deciding on Kean’s future. 🇮🇹 https://t.co/ddokCB9o6S

Based on the form that he displayed last season, it is hardly surprising that Les Parisiens are looking to keep the goal machine for longer.

With Kean out of the loop, Dominic Calvert-Lewin made the most out of the opportunities handed to him at Goodison Park last season.

The 24-year-old firmly established himself as a quality striker, scoring 21 goals in all competitions for the Toffees.

His performances led to him being selected for the England squad that will contest the upcoming European Championships.

Bringing back Kean is something the club must consider, especially if they hope to break into European football.

The striker appears to have matured this season and can develop into a truly world-class talent with the right guidance.