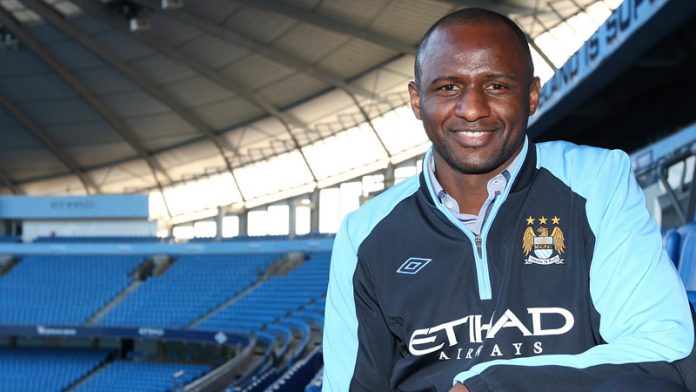 According to a report published by Metro, Everton are considering Arsenal legend Patrick Viera as a possible candidate to replace Sam Allardyce as their manager this summer.

The veteran manager Allardyce took over the club in November last year after Ronald Koeman was sacked and the club was flirting with relegation.

Under ‘’Big Sam’’ the Merseysiders have improved and have managed to move into mid-table. However many fans of the club are not happy with the style of play that the club have been using.

Toffees owner Farhad Moshiri has connections with Arsenal and is said to be a long-time admirer of Viera.

He then moved to the United States where he has successfully managed New York City FC for the past two seasons.

The Frenchman has indicated that he would like to manage in Europe and has also been linked with his former club Arsenal.