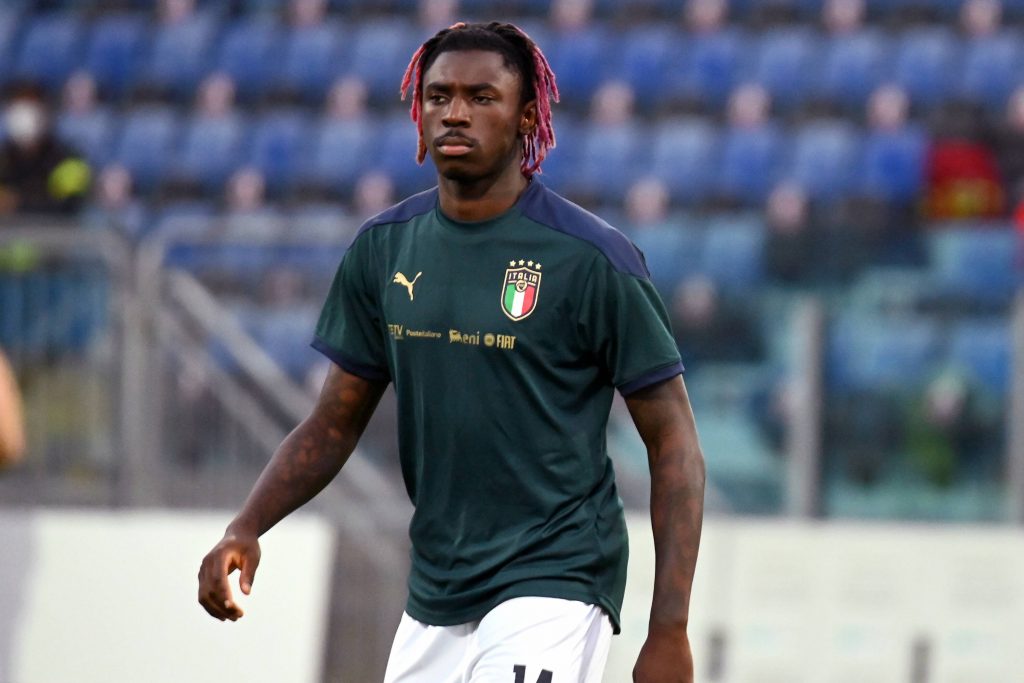 Moise Kean has returned from a season-long loan spell at Paris Saint-German and is keen to join the Ligue 1 side permanently, but Everton would be making a big mistake letting him go.

The 21-year-old joined Everton from Juventus in 2019 and has made 37 appearances in all competitions, scoring four goals with two assists.

The Italian international has struggled for goals at Goodison Park, so he was loaned out in his second season.

PSG gambled on Kean last summer, and the striker turned things around in France, scoring 17 goals in 41 games.

Both parties would love to renew acquaintances, and the Parisians are in talks with Everton over signing Kean, but they will have to pay more than €45 million (£38.7m) to bring him back to France.

Everton should be encouraged at Kean’s form last season rather than sanction a transfer for the 21-year-old, so why not allow him another campaign to prove his worth in England?

Kean impressed before joining Everton with eight goals in 21 games at Juventus (2016 – 2019) and played well after temporarily leaving them last season, so he’s not a bad player.

New Everton manager Rafael Benitez reportedly believes he can improve Kean by working with him this season, so Everton shouldn’t be hasty in letting him go.

If Kean has impressed in both Italy and France, why can’t that translate in England? He’s still only 21-years-old and shouldn’t be given up on.