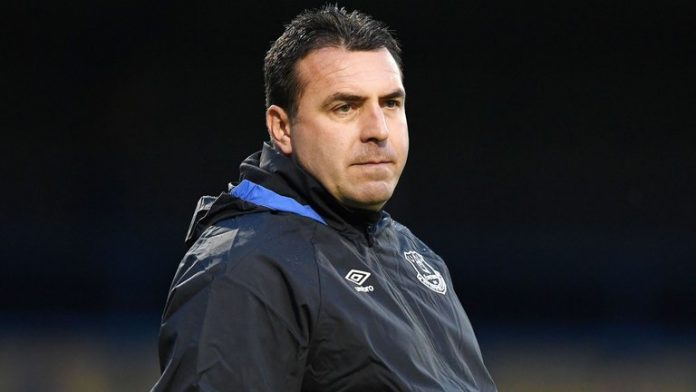 Everton legend Trevor Steven has urged the club to give David Unsworth an extended trial as manager.

Unsworth has been appointed as caretaker boss following Ronald Koeman’s sacking, but a host of other managers have been linked to the role.

Sean Dyche, Sam Allardyce and Thomas Tuchel are amongst the front-runners, but Steven believes Unsworth should be handed the opportunity to stake his claim.

“He knows the club well, understands what Evertonians want and would be capable of bringing players and supporters back together again”, he told City AM.

“He also has a winning mentality. Leading the U23 side to the Premier League 2 title last season was no mean feat and, uniquely among the candidates, has at least lifted silverware in Everton colours.

“His time working with the youngsters also means that he already knows some of the first team who have come through the ranks.

“Unsworth clearly wants the job. I watched him making that clear in Tuesday’s press conference and he was confident and determined. He came across well and I liked the cut of his jib.

“It remains to be seen whether all that amounts to the experience needed to take charge of the seniors, but Pep Guardiola and Zinedine Zidane both progressed from the B teams of Barcelona and Real Madrid with great success. You need the players’ respect, but I think he has it.

“I’d like to see Unsworth given until the end of November and if there are signs of improvement then reassess his position again in January.

“Then, if Everton are still in trouble, it might be time to turn to Dyche or preferably Allardyce.”

Steven’s support for a former Evertonian is unsurprising, but appointing a manager on a glorified trial basis is the last thing the club should do.

Everton have some big games between now and the end of November and need a manager in place who knows what’s required at Premier League level.

Winning the U23 league is a decent enough achievement, but it’s no preparation for a relegation dog fight and Everton simply can’t afford to waste time finding out if Unsworth is up to the task.