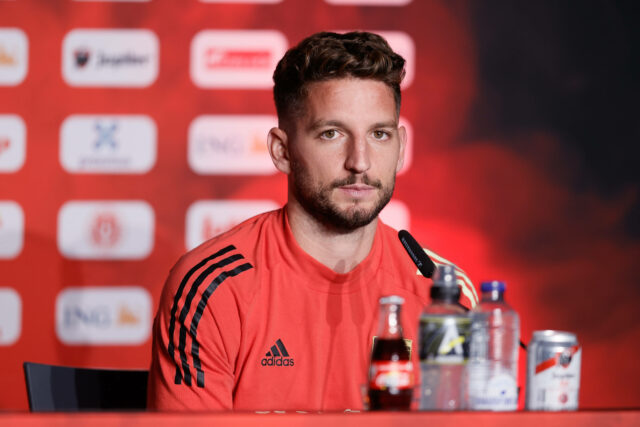 According to La Gazzetta dello Sport (h/t GetFootballNewsItaly), the Toffees are interested in signing Mertens who has recently returned to full training at Napoli.

The report claims that both Everton and Inter Milan are interested in signing the 102-times capped Belgium international, but the Nerazzurri haven’t moved for the Belgian.

Inter and Everton are also fighting for Joaquin Correa.

Everton are keen to bolster their attacking department despite adding Andros Townsend and Demarai Gray.

Mertens joined Napoli in 2013 and previously played under Rafael Benitez when he was the manager at the Naples club.

He suffered a shoulder injury during the European Championships but has recently returned to training.

This could be his last season in Italy ahead of a possible move to MLS.

The 34-year-old’s contract expires next summer, but according to reports, the two parties have an option to extend for a further year.

Mertens is a highly experienced player and will be available at a bargain price given his contract situation.

However, the Toffees should look to invest in young players rather than someone fast approaching the end of his career.

Having said that, clubs have often benefitted from having senior players in the side, a classic example being Thiago Silva at Chelsea.

He is a world-class player and probably has one or two good years left in him.

The Toffees should look for other options, but it wouldn’t be a bad move for Everton considering the financial aspect.