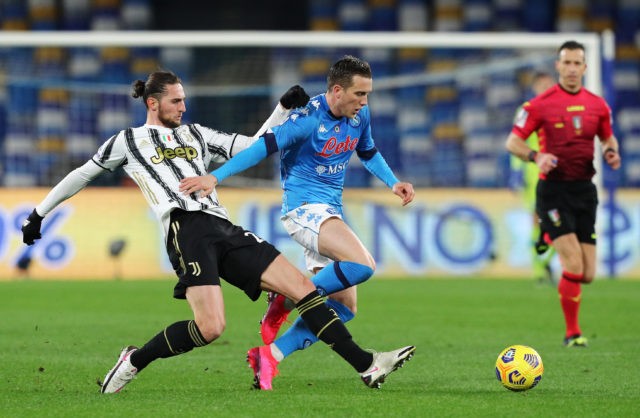 According to reports from Italy, Everton have opened talks to sign French midfielder Adrien Rabiot during the summer transfer window.

The 25-year-old has been frequently linked with a move to Everton, and Il Bianconero claim that contact has been made with the player’s agent who is also his mother.

Rabiot joined Juventus on a free transfer from Paris Saint-Germain in 2019, and he could be on the move again.

Ancelotti knows Rabiot very well as the pair worked together at PSG before. In fact, ESPN claim that the Italian has kept in touch with him ever since he left the club.

The Toffees are looking to bolster their midfield this summer, and Rabiot has emerged as a potential option.

ESPN claim that the Italian boss is looking at someone who would be an upgrade on Andre Gomes, and views Rabiot as a perfect fit for the role.

Rabiot struggled last season at Juventus, but his second season has been quite impressive.

He has made 12 starts in Serie this term and his recent performance against Cagliari earned him praise from none other than Andrea Pirlo who hailed him as a ‘complete player’.

Everton already have Allan as a solid defensive midfielder, and Rabiot would be a healthy addition to the squad.

However, it seems Ancelotti probably sees Rabiot as an upgrade over Gomes, which is surprising given both are different type of midfielders.