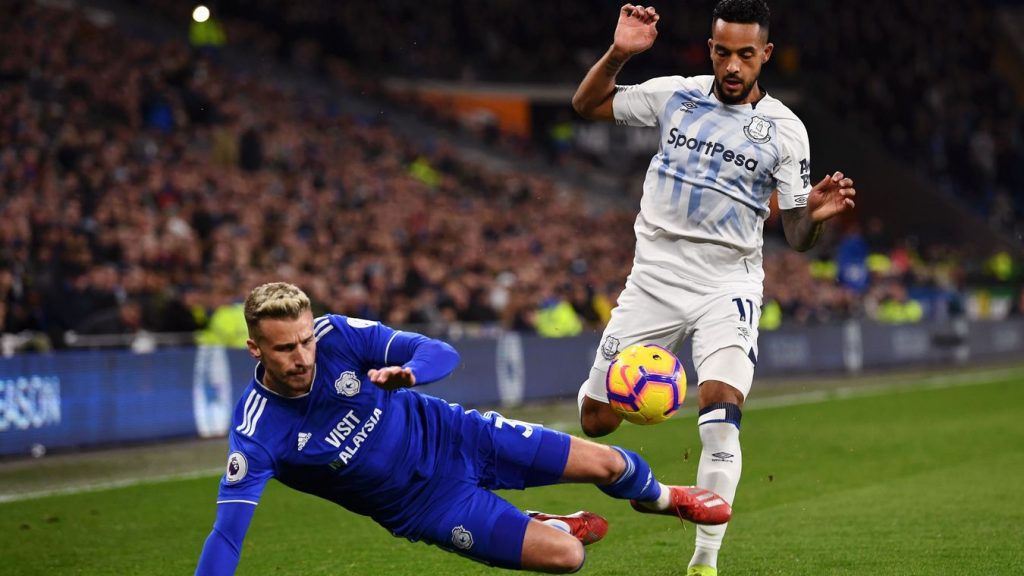 Everton picked up a 3-0 win over Cardiff City in the Premier League last night.

Gylfi Sigurdsson scored a vital brace for the Toffees away from home and Calvert Lewin bagged a third for Marco Silva’s side.

Silva will be very pleased with his side’s performance last night.

Everton were in desperate need of a convincing win and the fans will be happy with what they have seen.

Apart from a few disappointing displays, it was an impressive night for the Everton faithful.

Former Arsenal man Theo Walcott was one of the very few who struggled for the away side. The winger seems devoid of confidence and sharpness.

Walcott has been out of form for a while now and Silva should consider taking him out of the side for a while.

The 29-year-old has taken a lot of criticism from the fans in the recent weeks and he could do some time away from the firing line.

Here is how the Everton fans reacted to his performance against Cardiff City last night.

Walcott is about as sharp as a fucking circle

So, Lookman at half-time then and taxi for fucking #walcott
Enough is enough now. As if it wasn’t already…#efc

Walcott and dcl none existent ??‍♂️

Walcott .. what is the fucking point

What’s been the most “Everton” thing about this season so far? For me it’s been Theo Walcott–one of the most notoriously injury-prone players of his generation– managing to stay annoyingly fit all season to the soul-crushing detriment of the product on the pitch. #EFC

Took Bernard five minutes to do what neither of Richarlison nor Walcott could manage in 60. The lad is easily the most consistent wide man we have and should stay in the side, IMO