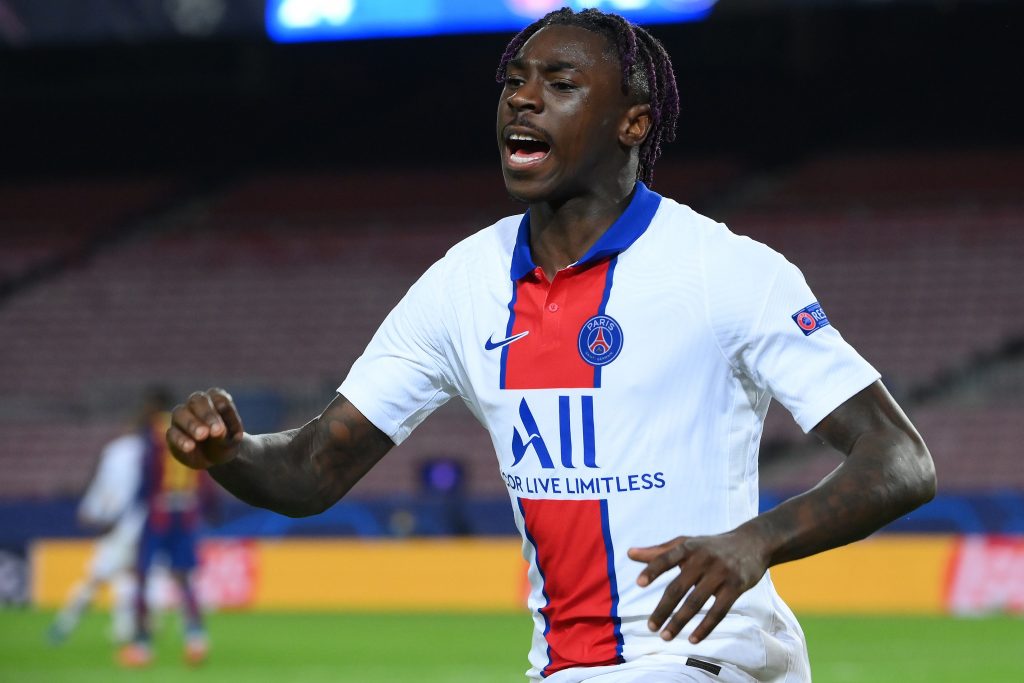 Kean joined Les Parisiens on a season-long loan from the Toffees last summer after struggling to establish himself at the Merseyside club with only four goals in 37 appearances.

He was initially regarded as a potential back-up option behind the likes of Neymar, Kylian Mbappe and Mauro Icardi but that has clearly not been the case.

He has benefited from injuries sustained by the trio at different stages of the season, bagging 14 goals from just 25 appearances for the reigning French champions.

The 20-year-old forward produced his best display of the campaign against the Blaugrana with three shots on target including the headed goal which made it 3-1 for Les Parisiens (4-1 at full-time).

His performance caught the eye of some Toffees fans. While few were delighted for Kean, others suggested that the club have the chance to sell him for a good price this summer.

Moise Kean looks even more like a player with massive potential. Another goal for PSG

No disrespect to our fantasic club but after scoring 14 in 21 no matter what noises Carlo makes about Moise Kean the lad is never coming back from PSG.Just shows what the lad could do with actual service and a run of starts #efc

One thing to have in mind about everyone getting excited about the Moise Kean fee, it’s a player who doesn’t want to come back to the club, and a player EFC will be keen to cash in on

You could say it’s a buyers advantage in any negotiations

#MoiseKean scoring again for #PSG vs Barca, hopefully he'l be worth more when we sell him #efc

Kean has found his feet with Les Parisiens but he will return to Goodison Park at the end of the season as they don’t have the option to buy.

The Toffees are still on the search for a strong competitor to Dominic Calvert-Lewin up front but Kean may prefer to return to Les Parisiens on a permanent deal.

In that case, the Toffees not only have the chance to recoup the £29 million fee paid to Juventus in 2019, but also demand a higher package based on his displays this season.

Carlo Ancelotti’s side are in a strong position to negotiate this summer as Kean’s contract does not expire until the summer of 2024.