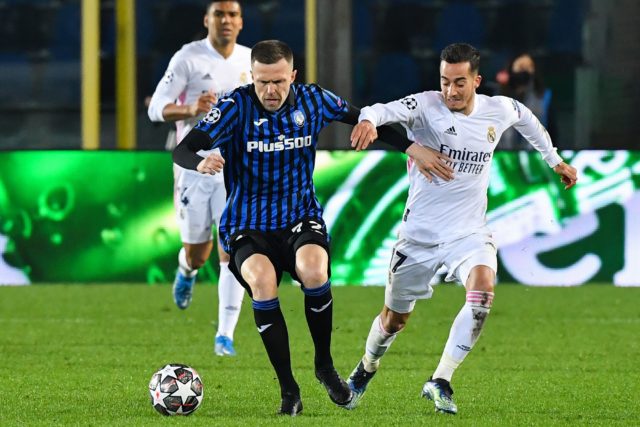 Everton fans have taken to Twitter to express their reactions after the Toffees were linked with a move for Real Madrid attacker Lucas Vasquez.

According to reports from Spanish website Cuatro, two Premier League clubs – Leeds United and Everton – are ready to move for Vasquez who is out of contract at the end of the season.

The report claims that Leeds are ready to offer him a big wage package to lure him to Elland Road. The Whites could make him an offer of around five million Euros (around £83,000-a-week) per year, which would be a lot more than what he earns at Madrid.

The 29-year-old has made 29 appearances in all competitions for Los Blancos. He has a few months left on his contract in Madrid, and several Everton fans feel that he would be a good signing on a free transfer.

We need a Leon bailey or chucky Lozano type player. Not someone like Vazquez

With Vasquez he can now negotiate a free transfer to foreign clubs, so it'll be his agent driving up his value to max his wage demands.

Ideally id like someone with pace to burn, someone more direct

On a free, that is absoloutly yesss

If it’s a free then yes. Would be alright for rotation

On a free, it’s a no-brainier

The nine-time Spain international is a natural winger but he has been converted into a right-sided defender this season.

At right-back, Vasquez could compete against Seamus Coleman and Mason Holgate if Jonjoe Kenny leaves the club. He is a highly experienced player and would be a good addition to Everton’s squad.