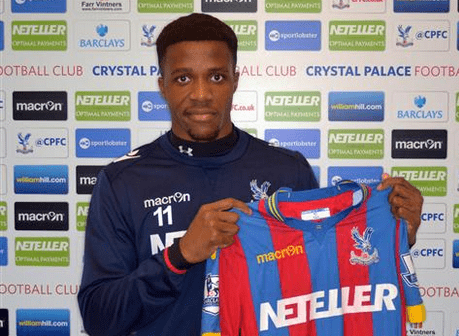 Everton have been linked with Crystal Palace forward Wilfried Zaha, but they will have to part with £80 million to have a chance of beating Arsenal to his signature and prising him away from Selhurst Park.

Having splashed the cash and broken the bank to sign Gylfi Sigurðsson and Richarlison in each of the last two transfer windows, the Toffees could be willing to go all out for the Ivory Coast international.

Zaha is arguably the best winger outside the top-six, and Everton’s chances of making Europe will be boosted by signing him.

Some Goodison Park faithful aren’t convinced spending £80 million on the 26-year-old makes sense, though, and here is how they reacted to the links on Twitter:

I hope not. He’s awful imo

Not worth that. He suits Palace.

Or me…They could get 2 or 3 decent players for that kind of money….

Zaha a statement signing ??? an english version of bolasie keep him

Zaha has 35 goals in 180 games for Palace, but is just only approaching his peak and has the potential to become a 20-goal per season forward.

While he isn’t worth the huge price the Eagles are quoting for him yet, that Manchester United parted with £50 million for an Aaron Wan-Bissaka that has only played one full season says a lot about the current inflated market.

It remains to be seen if Everton or Arsenal will meet Palace’s demands this summer.

Manager Marco Silva will also most likely have reservations over paying that much for one player when his squad is crying out for a quality and proven striker and a centre-back.