Despite Everton’s defeat to Manchester United at Old Trafford this weekend, it could be argued that David Moyes’ side have played consistently better than any other side in the top seven this season.

The Merseyside club have lost just four games and currently lie in sixth place with a great chance of finishing in the top four, qualifying for the Champions League in the process. 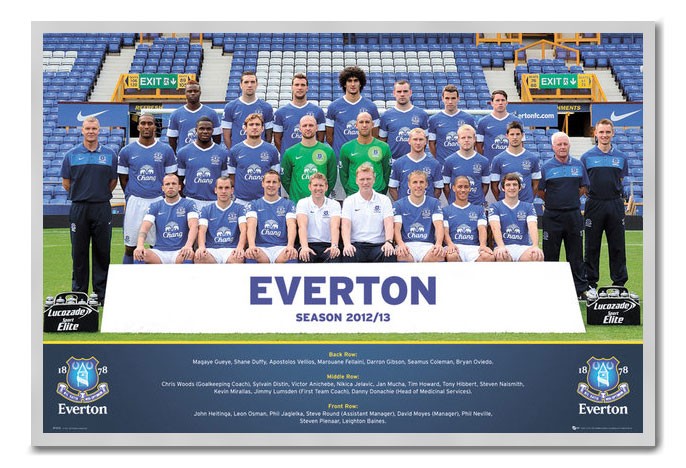 Their only negative so far this season has been that they have dropped silly points in games they should’ve won. If home draws with the likes of Aston Villa, Swansea and Norwich had been converted to victories, like the performances merited, they would be in third place ahead of Chelsea. And they would fully deserve it.

Throughout the side there have been terrific performances, and the side has a great balance to it.

Tim Howard has become a very dependable goalkeeper, while Phil Jagielka and Sylvain Distin are two of the best central defenders in the Premier League on current form.

Leighton Baines has been one of the best players in the whole league, and his relentless energy down the left hand side and superb set piece deliveries have been a joy to watch at times. He has never been closer to replacing Ashley Cole for England.

Leon Osman, Steven Pienaar and Phil Neville have been very reliable, while Marouane Fellaini has become one of the most dangerous players in the Premier League. His aerial ability and knack of scoring crucial goals is becoming invaluable.

Perhaps the only disappointment, and possibly the reason why Everton haven’t won more games, has been Nikica Jelavic. The striker has struggled in front of goal throughout, and it does make you wonder where Everton would be in the table if they had a Robin van Persie, Luis Suarez or Sergio Aguero in their ranks.

The bottom line is that Everton have played well in almost every game this season, and their football has been of a terrific standard.

So how do their rivals at the top end of the Premier League table compare in terms of consistency and quality?

United have been far from their imperious best all season, yet they find themselves nine points clear of Manchester City with a game in hand. This is a testament to their resolve and the mental strength that Sir Alex Ferguson instills in his side.

Compared to Everton, their side isn’t that much better on paper, but their ability to win ugly is unrivalled. Had it not been for the goals of van Persie, United would not be in the sitation they are currently, and his displays have helped hide numerous unconvincing performances, from Southampton away to Liverpool at home.

City have had a wretched season, as they attempt to retain the Premier League title. When you look at their five most important players – Joe Hart, Vincent Kompany, Yaya Toure, David Silva and Sergio Aguero – none of them have hit the heights of last season.

Hart and Kompany have made too many errors for their high standards, Toure has looked sluggish, Silva has lacked his usual spark and Aguero, while probably the best of the bunch, has not been quite as lethal in front of goal. Of the top seven sides, they have been the most disappointing this campaign. 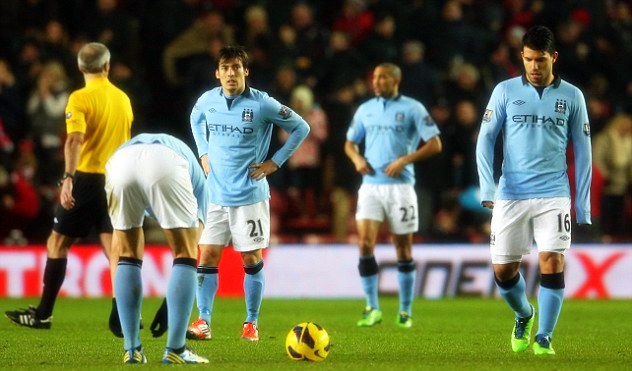 Chelsea started the season like a house on fire, with many predicting a genuine title challenge from the West London outfit. Their season imploded in October, however, and Roberto Di Matteo’s sacking caused fury among the fans.

Rafael Benitez’s appointment was an incredibly unpopular one, and the side looks disjointed and lacking in hunger now. Juan Mata, like van Persie, has been sensational this season, and he has rescued the team on numerous occasions.

The likes of Eden Hazard and Oscar have dipped since a scintillating start to their Chelsea careers, and defenders like Branislav Ivanovic and David Luiz have made errors in key games. Everton have been far more impressive.

Tottenham have been solid but unspectacular throughout the season, and Andre Villas-Boas has done well since returning to management, following his Chelsea nightmare. Of the top sides, they are the closest to matching Everton in terms of consistency and good football.

That said, there have been quite a few games in which the fans have booed the team, particularly at home where they have failed to win against the likes of Wigan and Norwich City. Like every other top team, barring Everton, they have relied heavily on one player at times.

Gareth Bale has been magnificent, and his double yesterday against against Newcastle was further proof that they would struggle without him. Spurs were lacklustre all game but the 23 year old saved the day. Everton just lack that one, truly world-class players.

Arsenal have been hugely inconsistent so far this season; perhaps more than anybody. On their day they are capable of beating anyone in the league, but they can also look distinctly average too. They lack a physical edge and are, therefore, easy to bully.

On too many occasions they concede soft goals and only seem to be able to play well for half a game. They do, however, have great quality in their ranks, and players like Jack Wilshere and Santi Cazorla contain that added class which has helped them win tight games.

It seems ridiculous that they are ahead of Everton in the table, but this is further proof of their failure to convert draws in wins (they have drawn 12 of 25 games this season). 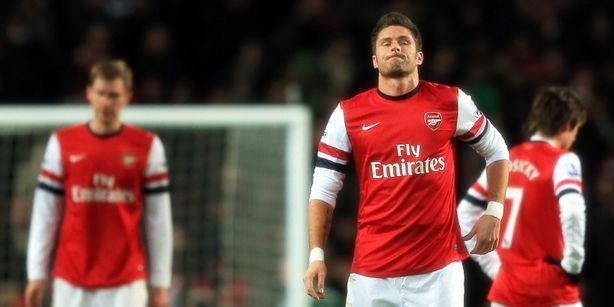 Everton’s Merseyside rivals Liverpool have been quite similar to Arsenal in that they have played good football but have lacked consistency. Brendan Rodgers endured a miserable start to the season, and the side have been playing catch-up in the race for Champion League football ever since.

They have relied far too heavily on the mercurial Luis Suarez, and new signings like Joe Allen and Fabio Borini have been poor. Although their form in recent weeks has been very good, and things are looking brighter for the future, for the first time in a long time they are arguably a worse side than Everton.

Manchester United, Manchester City, Chelsea, Spurs, Arsenal and Liverpool have all been inconsistent and slightly below par this season, with all of them too reliant on one or two players bailing them out of sticky situations.

Everton, on the other hand, have played terrific football week in week out, with their biggest problem a lack of ruthlessness in tight games. They have been the most impressive side in the Premier League this season.